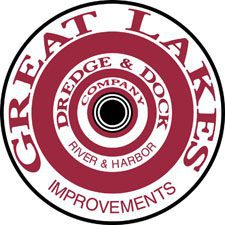 OAK BROOK, Ill., May 01, 2017 – The Board of Directors (the “Board”) of Great Lakes Dredge & Dock Corporation (“Great Lakes”) (NASDAQ:GLDD), the largest provider of dredging services in the United States and a major provider of environmental and remediation services, announced today that Lasse Petterson will assume the role of Chief Executive Officer (CEO) on May 1, 2017.

Chairman of the Board Robert Uhler stated, “We are pleased to have Lasse join the executive management team at Great Lakes.  As expected, since becoming a Board Member late in 2016, his background, reputation and character have enabled him to be a valuable asset to the Company.  As CEO, I expect Lasse to continue to make many positive contributions that will enhance value for shareholders.  I’d like to thank Chief Financial Officer Mark Marinko for stepping in as interim CEO since the beginning of the year.  Mark’s leadership provided consistency and stability while the Company executed its strategy and carried out its operations.  The Board is appreciative of Mark’s willingness to take on the added responsibilities and his commitment to the Company.”

In his over 35-year career, Mr. Petterson has gained extensive experience in the engineering, construction and maritime industries.  Over the tenure of his career, he gained considerable international experience while working and living in Norway, Asia and the United Kingdom to oversee operations and major projects in Australia, Middle East and South America.  Most recently, Mr. Petterson served as a private consultant to clients in the Oil & Gas sector.  Mr. Petterson served as Chief Operating Officer (COO) and Executive Vice President at Chicago Bridge and Iron (CB&I) from 2009 to 2013.  Reporting directly to the CEO, he was responsible for all of CB&I’s engineering, procurement and construction project operations and sales.

Prior to CB&I, Mr. Petterson was CEO of Gearbulk, Ltd., a privately held company that owns and operates one of the largest fleets of gantry craned open hatch bulk vessels in the world.  He was also President and COO of AMEC Americas, a subsidiary of AMEC plc, a British multinational consulting, engineering and project management company.  Prior to joining AMEC, Mr. Petterson served in various executive and operational positions for Aker Maritime, Inc., the deepwater division of Aker Maritime ASA of Norway, over the course of 20 years.  He spent the first nine years of his career in various positions at Norwegian Contractors, an offshore oil & gas platform contractor.  Mr. Petterson holds both master’s and bachelor’s degrees from the Norwegian University of Technology.

The Company
Great Lakes Dredge & Dock Corporation (“Great Lakes” or the “Company”) is the largest provider of dredging services in the United States and the only U.S. dredging company with significant international operations. The Company is also a significant provider of environmental and remediation services on land and water.  The Company employs civil, ocean and mechanical engineering staff in its estimating, production and project management functions.  In its over 127-year history, the Company has never failed to complete a marine project. Great Lakes has a disciplined training program for engineers that ensures experienced-based performance as they advance through Company operations. Great Lakes also owns and operates the largest and most diverse fleet in the U.S. dredging industry, comprised of over 200 specialized vessels.