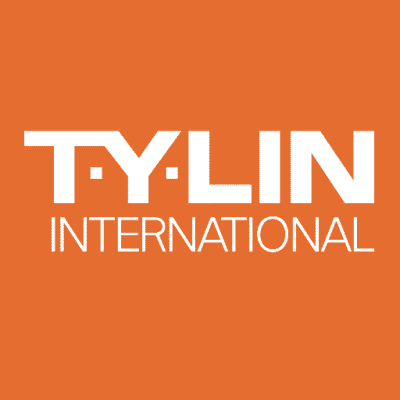 The bridge replacement project also included modernization of the Highway 43 interchange and stabilization of a hillside located west of and above the bridge and interchange. The locally preferred alternative for a steel deck arch, combined with a landslide condition for the west abutment of the bridge, created a unique engineering challenge. The TYLI team developed an advanced solution that combined geotechnical design with a foundation design for the stability needed to found the deck arch against the west hillside.

“Few landmark bridge projects, if any, have dealt with the threat of landslide movement by utilizing a true arch bridge design solution,” said David Goodyear, P.E., S.E., PEng, TYLI Senior Vice President and Chief Bridge Engineer. “T.Y. Lin International is very pleased that the American Council of Engineering Companies has recognized the Sellwood Bridge as one of the year’s most outstanding engineering accomplishments.”

Another significant aspect of the project was the active participation of local communities in every phase of the project. In addition to ensuring that public input was reflected in the final design of the signature bridge, TYLI also reduced the final Sellwood Bridge footprint significantly from early concepts, reducing project costs and minimizing environmental disturbances.

In January of this year, the Sellwood Bridge was also honored with the 2017 Engineering Excellence Project of the Year Award and the 2017 People’s Choice Award from ACEC Oregon.

Founded in 1954, T.Y. Lin International is a globally recognized, full-service infrastructure consulting firm committed to providing innovative, cost-effective, constructible designs for the global infrastructure market. With more than 2,500 employees working in offices throughout the Americas and Asia, the firm provides support on projects of varying size and complexity. For more information about the company, please visit www.tylin.com.