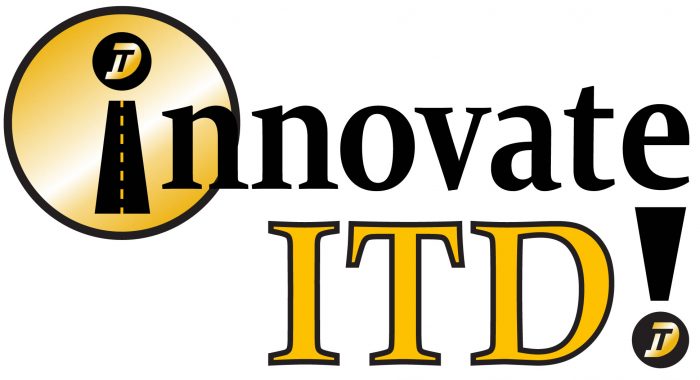 RIGBY – Making the job easier, safer and faster – that’s the focus of a highly successful innovation program at the Idaho Transportation Department (ITD).

Nearly 1,600 ITD employees throughout the state are embracing the new approach of working together and sharing challenges, ideas and successes with colleagues statewide, which ultimately benefit all Idahoans and visitors using Gem State roads.

ITD’s innovation program is an employee-driven initiative. Employees at every level are encouraged to submit their ideas on how to improve performance.

Results have been impressive. The most recent stats for ITD’s innovation program, since its inception in 2014, include:

Participating in the innovation charge are the 150 employees of ITD’s eastern Idaho (District 6) office.

Eastern Idaho is ITD’s first district to amass savings and efficiencies of more than $1 million. Only four months later, District 6 has produced nearly $3 million in savings, most recently with substantial expense reductions by choosing a culvert, rather than a bridge, to carry water under Idaho 33 in Mud Lake, and with a project to replace 17 bridges in the eastern, southeastern and south-central Idaho areas under a single contract.

The creative bridge-replacement project involves ITD employees from District 5 in Pocatello, District 4 in Shoshone, and agency headquarters in Boise, as well as selected consultants. Engineers plan to replace nine bridges on Idaho 28 in eastern Idaho, and eight others in south-central Idaho and southeast Idaho. Employees from different regions and departments came together to specifically address the challenge of how to more efficiently get bridge replacements done, instead of just doing things the way it had always been done.

Bridge-replacement cost savings stem primarily from collecting engineering data for the related bridges as a whole, rather than individually. Collecting bulk data on bridge alignment, subsurface stability, right-of-way footprint, and hydraulic properties saved approximately $100,000 per bridge compared to preparing a contract for each bridge, which is standard practice.

Spurred by an annual funding shortfall in the hundreds of millions, ITD has adopted a more aggressive approach to finding solutions to everyday problems that arise when building and maintaining roads and bridges. Under their program called “Innovate ITD!” employees are simply innovating to save time and money, and are implementing ways to streamline their work processes. It’s all part of ITD’s vision to become the best state transportation department in the country.

ITD recently received “best-in-class” process recognition by the American Association of State Highway and Transportation Officials (AASHTO) for its Innovate ITD! program as a whole. AASHTO also recently selected the employee-driven innovation program for potential use by other states, which want to duplicate Idaho’s success.

“Rather than rely on the brainpower of a select group of leadership-level people, ITD harnesses the creativity of all of its 1,600 employees statewide,” said Chief Administrative Officer Charlene McArthur. “Through the Innovate ITD! platform, employees focus continuous improvement on advancing ITD’s mission — Your Safety, Your Mobility and Your Economic Opportunity.”

Minzghor praised innovation steward Josh Sprague, of District 6, who has pushed for small innovations in the district. “His leadership has spurred creativity and resourcefulness at District 6.”