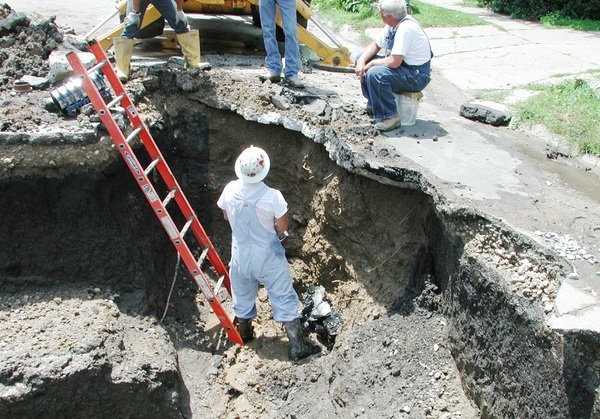 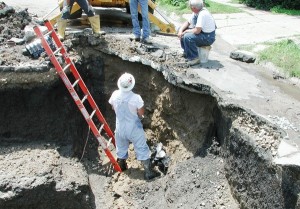 For more than a year, the City of Omaha and Douglas County, Nebraska, have been running Cityworks on the Cloud. This cost-effective approach has provided these municipalities a more reliable, flexible, and affordable environment to run Cityworks, the proven GIS-centric management solution, while producing an increase in overall performance for both agencies.

In 2005, the Douglas County Engineers’ Office implemented Cityworks. A year later, the City of Omaha implemented the program for the street and sewer divisions of their public works department. Through a unique joint venture, the City of Omaha and Douglas County share IT/GIS resources that have helped them extend Cityworks into many departments. In late 2010, the city and county attended a presentation promoting Esri’s ArcGIS Server on the Amazon Cloud. They began seriously looking at the feasibility of administering resources within a Cloud environment, as well as potential impacts on functionality and cost.

“We started getting familiar with the environment and how it worked, and really liked the flexibility,” stated Mike Schonlau, GIS Coordinator for Douglas County. “Since that time, we’ve moved almost all of our production web applications up there, as well as our enterprise geodatabase. Today, we’re probably 90-95% fully implemented in the Cloud environment.”

Flexibility and cost were the driving forces behind Omaha and Douglas County’s move to the Cloud. The Cloud presented a cost-competitive, long-term alternative, while the inherent flexibility offered a compelling means to deploy throughout the enterprises. Cityworks users are now able to access information from anywhere.

“It’s not unusual for us (IT/GIS) to work nights and weekend from home, and the Cloud makes that easy,” said Schonalu. “It doesn’t matter where we are, we’re able to fully access our resources. The Cloud works not much different than the typical IT data center works. Anyone can sign up to use the Amazon Cloud. You simply create an Amazon Web Services account and, from there, choose from one of several preconfigured servers—including some Esri has published that already have ArcGIS installed.”

Omaha and Douglas County had a choice of servers they could spin up in the virtual environment. They simply loaded the software they wanted to use and configured it to their needs. Because back-office IT is provided by Amazon, concerns such as backup power, data redundancy, fail over, and internet connectivity were no longer an issue. This alone allowed them to focus more on applications and supporting data, and far less on supporting the computing infrastructure.

“We’re in a situation now where we use remote desktop tools to connect to our servers from wherever we are—the office, home, mobile devices,” Schonlau stated. “And we can administer those machines from wherever. Another huge benefit of the Cloud is in fail over redundancy. We’re able to easily establish a full-scale test environment for installing Cityworks. For example, when Azteca Systems released Cityworks 2012, we installed it on a test server in the Amazon Cloud that same day. We’ve become an early adopter of some of the new Cityworks versions, which is another great benefit to us.”

In the event that something were to happen to a production server, the city maintains images of all their machines, keeping those in the Cloud. They have also replicated their server settings, allowing them to spin up a new version in the server in less than half an hour.

The Cloud environment has delivered a notable increase in overall performance for both agencies. When breaking down the cost per hour of the Cloud environment versus owning and operating physical servers, the city discovered that it’s significantly less expensive on the Cloud. The Cloud has helped the city and county accelerate deployment for park maintenance, who is now able to manage their work more efficiently and track costs more accurately. It has also facilitated more effective communication between agencies and departments, bringing about an increase in production and performance. The city and county are currently in the testing phase of deploying Cityworks from the Cloud on mobile devices via Freeance Mobile and expect to be up and running soon.

“In the end, what (the Cloud) does for us is make us more nimble, more flexible, and more reliable,” Schonlau concluded. “And we can better support our customers that way.”

“The Cityworks Cloud approach is an excellent option for our users,” stated Brian Haslam, President and CEO of Azteca Systems Inc. “The flexible nature of the Cloud provides our clients an array of benefits as we’ve seen with Omaha and Douglas County, and many of our other users. We’re pleased so many of our clients are considering the Cloud approach, which is truly the way of the future, and reaping the benefits of its reliable, flexible, and affordable nature.”

Since 1986, Azteca Systems Inc. has been providing innovative GIS-centric Management Solutions to agencies that own and care for critical infrastructure, capital assets, and property. Built exclusively on Esri’s ArcGIS technology, Cityworks is a powerful, scalable, and affordable solution for asset management, permitting and licensing. Time-tested and proven technology, Cityworks is Empowering GIS™ at more than 450 user sites around the world.