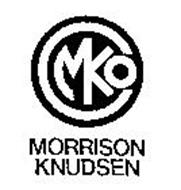 LOS ANGELES – The Indonesian Infrastructure Partnership has awarded Morrison Knudsen a $1.2 billion contract in Kalimantan, Indonesia. The contract is for the engineering and construction of a new harbor and load out facilities for the country’s expanding pulp and paper industry. Included in the work is the construction of a 600 acre load out/storage yard, 35 miles of new resource roads, 12 stationary dock cranes and a standalone power station to sustain the new harbor.

The project is a vote of confidence for the aggressively expanding pulp industry in Indonesia. After its completion it will increase the country’s pulp and paper export capacity by 7 percent. Additionally it will open up close to 1200 square miles of country for further development in the mining and energy industries. The Company anticipates hiring 1200 Indonesians for the 3 year project.

Founded in 1912, Morrison Knudsen is a recognized world leader in heavy civil construction, energy, mining, transportation, power, defense, naval facilities, environmental cleanup and engineering. Signature projects include the Hoover Dam, the Alaska Pipeline, the Kennedy Space Center and the Grand Coulee Dam. The Company has constructed world class projects in 65 countries and is a premier construction and engineering leader.