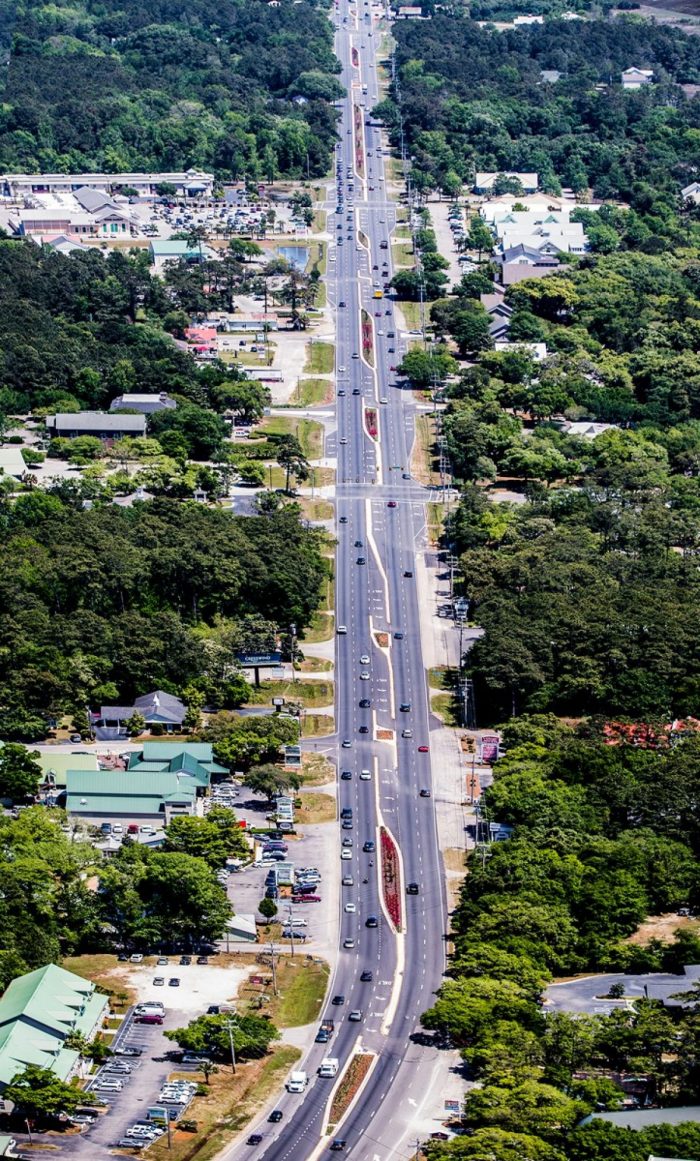 Parul Dubey on April 10, 2017 - in Awards, Transportation
The US 17 Median Highway Improvements project received an Engineering Excellence in Transportation Award from the American Council of Engineers (ACEC) South Carolina Chapter. The project was also nominated by ACEC to compete at the national level, and winners will be announced at the ACEC’s 50th Anniversary EEA Dinner and Gala Award Ceremony on April 25, 2017.

The US 17 Median Improvements project was led by the South Carolina Department of Transportation in conjunction with the Grand Strand Area Transportation Study (GSATS), and Stantec as engineer of record. The design includes improvements on US 17 Ocean Highway from S-22-46 Waverly Road northward to Baskervill Drive in Georgetown County. Prior to the improvements, this 1.9 mile segment of US 17 was plagued with congestion and vehicular collisions. During the summer beach season, daily traffic averaged 39,000 vehicles per day. With 25 intersections and numerous driveways, US 17 had outgrown its existing five-lane typical section. The project converted the existing two-way left-turn lane into a raised landscaped median. Stantec designed access management strategies to improve safety, reduce congestion, and extend the corridor’s useful service life while preserving adjacent properties.

The US 17 Median Improvements project was the first in the state to combine a pure median conversion with adaptive traffic signal control. This strategy allowed the project to effectively reduce friction between conflicting vehicular movements (which sped up traffic along the corridor), provide better access between US 17 and the many side streets and driveways, and improve flow along US 17. The project was successful thanks to the client – South Carolina Department of Transportation – and GSATS which provided project leadership and funding.

The SCDOT also submitted an application to the Federal Highway Administration for a Transportation, Community, and System Preservation (TCSP) Grant to help fund the project. The TCSP Program provides funds for planning and implementation grants, technical assistance and research to investigate and address the relationship between transportation, community, and system preservation; and private sector-based initiatives. The US 17 Median project received a TCSP grant for $1 million.

From its inception, there were concerns regarding how the public would perceive the project. Access management projects are often met with resistance from property owners because of the changes in access needed to accomplish the potential benefits. To address potential public concerns, SCDOT, GSATS, and Stantec developed an extensive public involvement process that included an initial Public Information Meeting (PIM), 14 separate meetings with various neighborhood groups and individual property owners, and a second PIM.

Opening to the public in December of 2015, this $3.4 million project is helping to encourage economic growth, all at a minimal up-front cost. The team’s solution has effectively improved overall safety, reduced congestion, and enhanced corridor aesthetics along this heavily-traveled Georgetown county roadway.

The annual ACEC Engineering Excellence Awards an annual design competition that recognizes outstanding engineering achievements at the state level, and nationwide. Entries are rated on the basis of uniqueness and originality; technical value to the engineering profession; social and economic considerations; complexity; and how successfully the project meets the needs of the client.

About Stantec
We’re active members of the communities we serve. That’s why at Stantec, we always design with community in mind.

The Stantec community unites approximately 22,000 employees working in over 400 locations across 6 continents. Our work—engineering, architecture, interior design, landscape architecture, surveying, environmental sciences, construction services, project management, and project economics, from initial project concept and planning through to design, construction, commissioning, maintenance, decommissioning, and remediation—begins at the intersection of community, creativity, and client relationships. With a long-term commitment to the people and places we serve, Stantec has the unique ability to connect to projects on a personal level and advance the quality of life in communities across the globe.