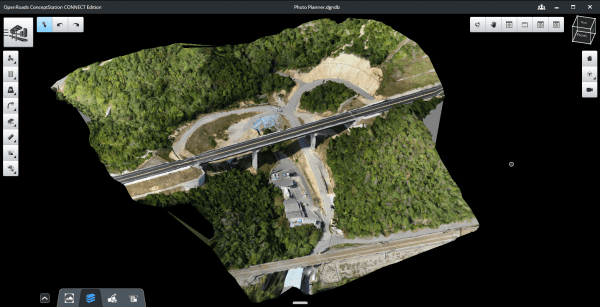 Surveyors are accustomed to working with sophisticated and powerful technology, such as GNSS, laser scanning, and photo capture, which makes their jobs so much easier than it used to be. Even 30 years ago, gathering geometric data about the real world used to be hard work, performed solely by well-trained experts. And, data was precious.

That operating assumption—surveying is hard and data is precious—guided infrastructure for hundreds of years, millennia if you go back to ancient Egypt, and that statement is still current.

But, even surveyors will admit things have changed, starting with GPS and laser scanning in the 90s, and now with photo capture using a simple camera and unmanned aerial vehicles (UAVs). The deliverables include millions of geolocated points along with real world textured mesh, and it’s nice that all that real-world information is “engineering-ready,” capable of supporting the most complex analysis and design functions.

So, for surveyors, a better operating statement now might be, surveying is fun and data is cheap.

It’s a new paradigm, and it presents challenges and opportunities. Bentley Systems has thought a lot about both. Ted Lamboo, senior vice president of reality modeling at Bentley, said, “The amount of data generated by survey fieldwork has grown explosively due to total stations and laser scanning, and now UAVs and photo capture. But we’re all learning that massive amounts of data don’t necessarily add up to massive amounts of useful information. So, one thing we’re thinking about is, ‘How do we make better use of all this data?’ Or, put another way, what must change, in our deliverables and workflows, to take full advantage of today’s data-intensive reality modeling techniques, and hence allow more (survey) information to be consumed?” 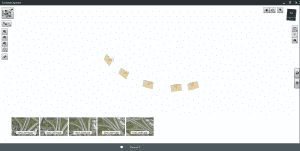 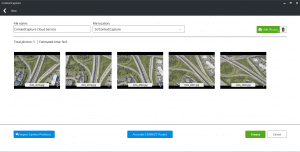 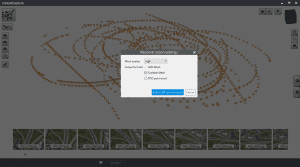 Reality modeling is now available for all. “We are completing the reach of reality modeling, and making it truly mainstream,” said Francois Valois, Bentley’s senior director of software development, reality modeling. “Right now, the most exciting development in this direction is our introduction of ContextCapture cloud processing and sharing services. These services are making 3D photogrammetry accessible across all levels of the spectrum from small to large projects and the resulting reality models consumable in all types of workflows.”

ContextCapture is Bentley’s solution for large scale modeling of existing conditions producing “reality meshes” that incorporate data from photo capture and laser scanning. By using cloud services for processing, surveyors can produce reality models without investing in hardware. “This removes a big barrier,” Valois said. “And, it should make it easier for anyone doing survey work to capture existing conditions to scale up their work in ways that really contribute to their projects. For example, if a crew is surveying a section of railroad track, they’ll probably use a total station to precisely capture actual track elevations. But, now, they may also use a camera or scanner to quickly gather the corridor context—trees, buildings, roadways, whatever. It won’t take a lot more time in the field or the office, and designers will be able to view all that information in one reality mesh and have the look and feel of the corridor, along with the precise geometric data they need.” 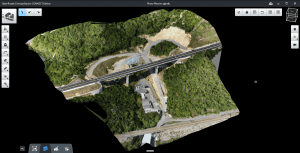 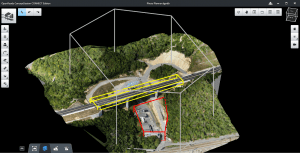 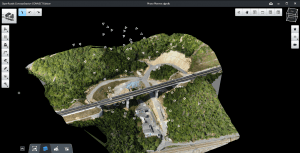 Cloud-based sharing is equally important. Reality meshes are 3D triangulated irregular networks, optimized to provide scale-dependent views, photo-textured facets, and the capacity to be enriched with additional attribute data. They’re also capable of supporting complex engineering analysis, are scalable to potentially billions of triangles, and can be produced from a hybrid of photos and point-clouds. Even with all that capacity, reality meshes can be manipulated quickly and shared easily. ContextCapture shares and distributes large models based on reality meshes. “One of the coolest things we’ve done to take advantage of the new reality mesh format is to extend the use of ContextCapture to mobile devices, including phones,” Valois said. “Together, with cloud processing and ProjectWise ContextShare, engineers interested in immediate access to an accurate reality model can stream reality data wherever it is needed. And, depending on how much processing power they choose to use, the reality mesh can be incrementally updated very quickly, in almost real-time.” 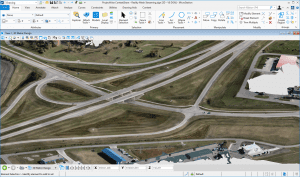 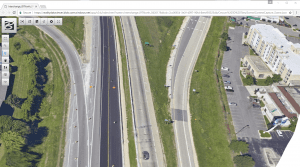 If Surveying Is Fun, Do More Surveying!

“For years, standard surveying practice has been kind of ‘2D’,” Lamboo said. “Field data would be gathered, reduced to prints and plans for use by engineers and designers, and then the designers would generate stakeout coordinates to go back to the field. From today’s perspective, that seems sort of basic.”

Lamboo, who began his career as a surveyor and geodesist, doesn’t think surveying is getting easier. He thinks it is getting more fun. “Surveyors can gather more data now, and it’s richer data that is geolocated with all the details that add up to truly useful models. We really are capturing reality quickly, and that’s exciting. The challenge now is to create smarter information out of this huge volume of data. And, obviously, reality modeling is a good way to start thinking about that challenge.”

Reality capture to reality model. There is a pleasing symmetry to the idea. If surveyors are gathering accurate 3D geometry and visual information in the field, then they’re capturing the “as-built” model.  And when designers change and add to that model, and send it back to the field with surveyors, it’s surveyors who play a role in the change of reality. 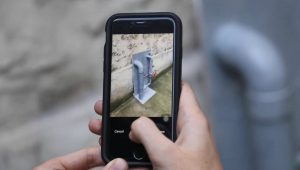 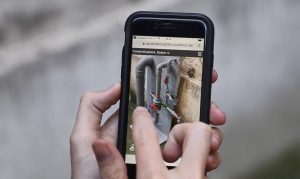 One key to that is easy integration of all types of survey data. Speaking at The Year in Infrastructure 2016 Conference, CEO Greg Bentley announced a significant breakthrough in ContextCapture. “Available point-clouds from laser scanning can now be combined with available photos, as hybrid inputs, for reconstruction into a reality mesh. The advantages of reality modeling—in the case of laser scanning, the superior engineering-ready mesh result, compared to the bulky and unintelligent point clouds themselves—are now compelling in every circumstance, across the range of scanner or camera devices, of asset characteristics, and of capture conditions.” At the SPAR 3D Conference, representatives from Bentley Systems will demonstrate the use of combined laser scanner and photogrammetry for indoor mapping, with an example case study about the London Bridge Station.

The concept is exciting. Surveyors can now gather field data from a variety of sources—including, yes, the cameras on their smart phones—and quickly add it into existing models based on immediately useable reality meshes, a format that promises to be more useful and easier to work with than the somewhat intimidating point clouds.

“If surveying is taking place continuously to represent reality before, during, and after construction, then that benefits the entire design and construction workflow, and, also operation after construction,” Lamboo said. “It really broadens the surveyor’s role; by representing the project state continuously, the model now becomes the source information for inspection, structural analysis, quantities, payments; you name it. The information surveyors generate will be the final authority on the progress and quality of the entire project. And, not incidentally, they’ll be doing a lot more work on-site, not less.”

ContextCapture processing has been reported in over 75 countries year to date, and continues to be intensively used in Asia and developing countries as in Western countries; and “embedded” ContextCapture software licensing is rapidly expanding from the specialized processing centers of leading 3D city mapping specialists to leading vendors of industrial UAVs.

A continuously updated model of the world used to extend and empower any function or workflow humans can dream up. And, of course, it all depends on surveyors accurately gathering the information needed to keep those models and GISs in conformance with reality. So, surveyors are going to be busy, and presumably they’ll be having fun, too!