/ Articles / Future Forward: When In Doubt, Damp It Out

Future Forward: When In Doubt, Damp It Out 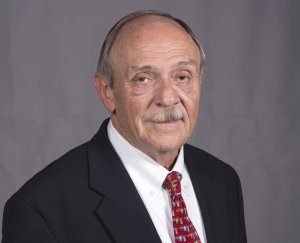 Douglas P. Taylor is president of Taylor Devices, which manufactures seismic dampers that protect structures during events such as earthquakes and high winds. He is inventor or co-inventor of 34 patents in the fields of energy management, hydraulics and shock isolation. In 2015, NASA and the Space Foundation inducted him into the Space Technology Hall of Fame.

Taylor Devices designs, develops, manufactures and markets shock absorption, rate control and energy-storage devices for use in various types of vehicles, machinery, equipment and structures. The 61-year-old company’s damping technology from the Cold War era is used worldwide for seismic and wind protection of buildings and bridges, along with a wide range of other applications. Taylor’s father started the company in the 1950s, essentially as a U.S. government contractor.

“During the 1970s, we developed a series of large shock isolators for the U.S. Department of Defense (DOD) that were used to protect ballistic missiles and their launch silos against attack by the old Soviet Bloc,” recalls Taylor. “Years later, and I mean many years later, back in 1989 when the Cold War ended, those units became our seismic dampers simply because they had been fairly heavily classified during the Cold War. When the Cold War ended, we went to the DOD and said: ‘Hey, can we sell these products commercially?’ And they kind of laughed. It didn’t strike them as something you could really sell commercially. Who wants to buy a ballistic missile blast isolator? We had ideas.”

The Taylors also received input from NASA, working with the agency on complex energy absorbers for the Apollo program’s launch gantries.

“If you look at the Tom Hanks movie (Apollo 13), you can see the big gantry swing arm swinging away from the missile when the rocket launch takes place,” says Taylor. “All of those big arms were caught by our damping devices.”

That technology eventually became the seismic damper. Around 1990, Taylor Devices performed its first experiments at Taylor’s alma mater, the University of Buffalo, which houses the National Center for Earthquake Engineering Research. The Taylors had set up a small, steel-framed building and put two tiny dampers in it. To the surprise of everyone in the civil engineering community, according to Taylor, the devices tripled the building’s earthquake resistance.

“No one knew technology like that existed,” says Taylor. “Not only did it work well, it was extremely compact and easy to install.

According to Taylor, the trick to making dampers compact is to have an extremely reliable seal. The company’s damping system has no valves, just a solid-state machine called a “fluidic amplifier” to provide the required damping output.

In buildings, the company’s products can be installed to improve seismic resistance either as part of the original design or as a retrofit. On a highway bridge, the deck will move relative to its expansion joints and the abutments at either end of the bridge; that’s a perfect place to put a seismic damper, according to Taylor.

“When a truck slams on its brakes when it’s on the center section of the deck, that’s often enough force to cause the expansion joints to run out of travel and start to damage the bridge,” he says. “It’s a good place to put a damper.”

The company’s products also are used for virtually any application in which a large amount of mass moving at a moderate speed has to be caught and protected if it gets loose. Customers range from heavy industry to the Army, Navy, Air Force and Marines. According to Taylor, the company now has several military programs inhouse that are new concepts: new airplanes, ships, rockets and missiles. The company often adapts ideas during the development cycle of new products for the government that can be spun off and adapted for commercial use.

The company’s damping system has no valves, just a solid-state machine called a “fluidic amplifier” to provide the required damping output.

“I think the biggest issues we have now are keeping the costs down,” says Taylor. “The technology is perfectly viable. It’s been demonstrated for many years of service in applications all over the world. From our viewpoint, it’s an evolutionary design where we make small improvements.”