/ Column / Infrastructure Outlook: User Beware: Energy Code Not Always a Helpful ‘How To’

Infrastructure Outlook: User Beware: Energy Code Not Always a Helpful ‘How To’ 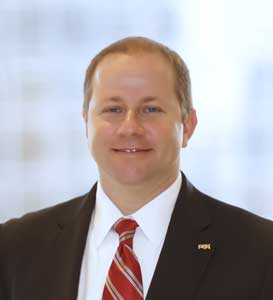 The cornerstone of sustainable design is simple: don’t waste energy, water or gas. Do the most with the least. In fact, this is the mantra for all businesses that compete in capital markets where continually stretching dollars is a must.

Energy conservation is certainly a principled pursuit and worthy cause. It’s imperative we do all we can to minimize consumption of nonrenewable resources. However, there are times when conservation costs more than it’s worth.

The Energy Code of Choice

The architectural and engineering building design and construction industry is in need of energy codes to ensure responsible energy use, and the International Energy Conservation Code has become the code of choice for cities and municipalities across the United States. In the latest edition of the energy code, there are valuable standards that help ensure buildings are efficient and operate at lower power consumption levels than ever before. On the other hand, there are also rules that don’t make practical sense, such as the requirement for air-system economizers in humid climate zones.

The energy code outlines climate zones required to employ economizers, which are utilized to provide “free-cooling” when the outside conditions are just right. These systems are part of an intelligent choice for cooling applications in middle and northern U.S. zones, where there are abundant days and times when the weather is well suited for this task.

Dry-bulb temperature is what’s displayed on thermometers, and it helps determine how to dress, while the dew point indicates the amount of moisture in the air. The higher the dew-point temperature, the greater the amount of moisture in the air at any given dry-bulb temperature. A high dew point on a cooling day means to expect muggy conditions. From a practical standpoint, the economizer in St. Louis can do 30 percent more cooling work than the economizer in Houston on our sample day.

Economizers all along the gulf coast—from Florida to Texas in particular—too often don’t make economic sense. It costs the same amount of money to install an economizer regardless of location, but the financial benefit in the Gulf Coast region is much smaller. Based on our example, it would result in approximately $5,000 less savings annually in St. Louis vs. Houston.

Let’s also not forget that money can and should be considered a non-renewable resource. From the perspective of a building owner and operator, if the design team saddles them with well-intentioned features that require more money to install and maintain than is readily available or saved annually through its use, what has been gained?

The initial price of installing, in addition to the annual investment of maintaining an air system economizer, can be wasteful when there’s no reasonable return on investment. These components and their controls can be difficult to the point that many projects will bid way over budget, and maintenance teams will be forced to turn them off after building occupancy and code inspections when they stray out of adjustment.

One false reading from an outside air sensor that drifted out of calibration can mean flooding a building with humid air that creates a tremendous loss in productivity for the occupants and a panic situation for the building operator who must work feverishly until it’s corrected.

Let’s also not forget that money can and should be considered a nonrenewable resource.

It takes a skilled building automation system specialist to anticipate that a problem with the compressor in the outside air unit means the economizer needs to stay off until repairs are made. Eventually, these ineffective, expensive and occasionally unreliable systems get bypassed and thrown aside, which virtually guarantees no one mentions or considers them until the next project and/or code cycle causes the subject to be brought up again.

Energy code requirements for mechanical and electrical systems must have a positive effect on the bottom line of building operations and maintenance costs. Otherwise, all the well-meant efforts of energy conservation may amount to nothing more than chasing the wind.