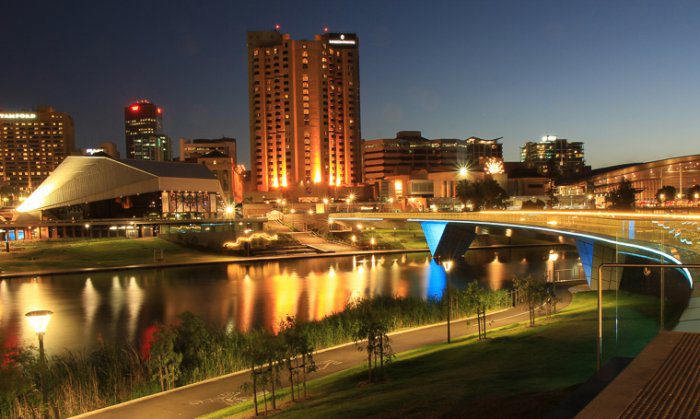 SOME of the world’s most influential smart tech innovators will converge on Adelaide to develop key strategies and strengthen inter-city collaborations.

Australian cities will learn from the experience of industry experts from Hong Kong, the United States and the United Kingdom at the conference.

The summit will also include a delegation from the Netherlands.

At least 40 speakers will be present at the event, which also includes panel discussions, workshops, demonstrations, and a walking tour of a few smart initiatives in Adelaide’s north.

City of Adelaide Entrepreneurship and Innovation Advisor Paul Daly said the conference would focus more on the implementation of different initiatives rather than the development of the latest smart technology.

“We are looking at about 300 of the most influential people working in the smart communities space coming here,” he said.

“It is more about finding collaborations rather than a race to be the best smart city in the world.

“We know that to be successful in this space we need to work together, which could mean each community focuses on certain areas so we meet a common goal.”

The keynote speeches will centre around how to embrace the right technologies, how to enhance the necessary skills to take advantage of digital connectivity and how to manage the transformational changes.

Daly said the conference was another opportunity for Adelaide to showcase itself as a leading smart city.

Over the past few years, Adelaide has already begun to receive recognition for its uptake of new technology initiatives such as Australia’s largest free Wi-Fi service in its CBD, smart parking projects, smart lighting trials and smart waste projects.

Adelaide also has aspirations to become a 10-gigabit city to provide the infrastructure necessary to streamline its smart city projects and help achieve its goal of becoming the world’s first carbon neutral city by 2025.

The Gig City initiative is part of the State Government’s investment of almost AU$80m to accelerate South Australia’s transformation from a traditional manufacturing and agricultural base to a modern, innovative economy.

Adelaide Lord Mayor Martin Haese said hosting the ASCC was an excellent opportunity to showcase those projects and highlight the progress the city has made in recent the years.

“Adelaide is widely recognised, nationally and internationally, as a Cisco Lighthouse city and as an emerging leader in the smart city space,” he said.

“The conference will also be an opportunity to build strong collaborative relationships with other communities.”