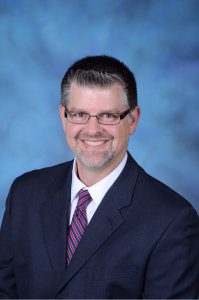 V1: Please describe HNTB’s general philosophy on BIM software and its use on the firm’s projects.

Schlereth: We pretty much use BIM for every project. Basically, it involves 3D design, and we do that with every job, not just design jobs. We do it on BMT jobs and GEC projects as well. I built my first 3D model in 1995, and I’ve been doing it ever since.

V1: Could you elaborate on why the company’s use of the technology is so pervasive?

Schlereth: The main reason is we all see benefits from it. There’s just so much benefit downstream, whether it involves production, automated machine controls or planning. In some cases we’ve saved $20 million in utility relocation costs by just building a 3D model of what’s going on with utilities.

V1: What are some other software products HNTB frequently uses? Are there particular brands used?

Schlereth: Most of the time it’s client-based, but HNTB is a large DOT firm, so we use a lot of MicroStation (Bentley Systems). We also have projects running in OpenRoads (Bentley Systems). Also, we work for airports and rail agencies allied toward the Autodesk side, so we do both.

V1: What are your personal thoughts on BIM technology—how it’s used, the direction it’s headed and improvements that could be made to make it even more useful and widespread in the construction, design and engineering industries?

Schlereth: Like I said, I’ve been building 3D or BIM models since 1995. I had my first job with machine control back in the year 2000. I developed a full interchange model for the Ohio Turnpike, and I got a phone call from our client who was completely floored that we developed something like that because we would typically just give him plans. We’ve got to get away from a plan deliverable and focus more on a model deliverable. As a result, I think firms will provide better bids and decrease construction costs. DOT and a lot of other agencies are just so hung up on getting plans because that’s how they have to review projects. We need improvements on how to review things in 3D. We have a few processes we’ve been using, but we need better tools for performing 3D model reviews and tracking changes on a model.

V1: How would you go about changing that mentality and how business is done?

Schlereth: A lot of it comes from getting the DOTs or whatever agencies you work with to be progressive and push the edge, push the envelope. We went after a DOT project last year in Utah in which the 3D model was actually the signed-and-sealed deliverable, and plans were only used for information. That’s really where it needs to happen—at the agency level. Contractors have been taking our plans and building 3D models for decades. Now we need to get the agencies to think that model is what really needs to be delivered and used through the review process.

V1: Are there any particular technology improvements that could help improve overall adoption?

Schlereth: The key is to be able to create review comments and track them using a 3D model. Plans get generated because that’s what clients feel comfortable reviewing and signing off on. There’s software out there that can help, and Utah has been pushing software vendors to continue to develop such capabilities.

V1: Let’s discuss your I-84 SR-8 interchange project in Connecticut. Please describe the project and your role in it.

Schlereth: The project itself was basically reconstructing the I-84 SR-8 interchange in Connecticut, just outside of Waterbury. Currently, the interchange is an existing double-stacked highway, so basically I-84, east and west, is stacked on top of itself. SR-8, which runs north and south, is stacked on itself as well. There are some fracture-critical structures related to those double-stacked highways, so they’re trying to develop a preferred alternative to rebuild the interchange. We’re trying to develop that preferred alternative. I’m kind of a technical advisor on the project. That’s my role in a lot of different projects across the country, trying to help clients navigate through the technology and use it efficiently.

A big challenge with this project is that it’s kind of a crazy interchange. It’s four to five levels, and there’s a lot going on. I originally did one of the designs inside OpenRoads, and it took me about a week to come up with one of the alternatives. I ended up using ConceptStation (Bentley Systems) to re-create another alternative in a day. I saved almost four days’ worth of time being able to use ConceptStation to generate that alternative. Now I’m training some of my colleagues on how to use ConceptStation to come up with that preferred alternative. Obviously, with the alternative process, you have third-party stakeholders and reviewers—all these different people who need to review the information. Some of them aren’t engineers, so giving them the plan sheet isn’t always the best way to express a design. But being able to give it to them in a 3D model that they can navigate on their own in a live cube or look at through a movie or even a virtual reality (VR) headset is huge because it gets the point across so much easier and faster.

V1: Are you using all of those visualization and access technologies on this particular project?

Schlereth: We probably will. ConceptStation is definitely being used. We’ll also use the live cubes for public meetings; we’re doing that with other projects across the country. The VR thing is pretty new, but it could be useful to help deliver a preferred alternative.

V1: How does the Connecticut project differ from how things used to be done in the past?

Schlereth: I guess the key element is the technology’s evolution. Previously we’d develop these types of interchange studies using MicroStation or OpenRoads. We then had to take that information and either put it through visualization software to help get the point across or let the artists take over and make the concept pretty. Now, with the technology we have, an engineer can take that design and push it through to visualization. Obviously the engineer may want to speak with the artistic people to see exactly what they want to see or how the visualization could be enhanced, but having that preliminary engineering concept tool is a game changer.

V1: Are you doing any other projects along these lines?

Schlereth: Currently we’re working on the I-94 improvement project outside of Detroit using ConceptStation. We’re developing different concepts and alternatives for each interchange as well as different scenarios through the corridor. We’ve published those scenarios to a live cube and taken them out to third-party stakeholder meetings where they’ve been well received. That approach makes it so much easier for people to visualize what’s going on than looking at a board or a 2-D plan. We’re doing similar things on a lot of different projects.

V1: What are you and other people in management roles doing to promote this technology more, to help foster and facilitate this kind of change in the construction and engineering industries?

Schlereth: I think a lot of it comes from being a trusted advisor, either for the project team or the DOT, and then you can bring these new or different ideas to the group, whether it’s a project team or an agency. They can call on you as that resource to help take an innovative idea and get it in the practice by using the lessons you’ve learned and applied on other projects. They trust you as that advisor or that technical resource. That’s pretty easy within our organization because I’ve been doing this for 10 years, but I’m also starting to experience the same thing with the different DOTs I interact with. I think that will help promote the type of change we’re talking about. We don’t need to spend thousands of dollars on cross sections anymore because we can just deliver the model and the contractor can cut his own cross sections. You just have to be that trusted advisor or technical resource clients rely on when they get into the scary realm of pushing the envelope.

V1: It sounds like it’s as much about building relationships as the technology.

Comments are disabled
NEXT ARTICLE
Future Forward Interview: When In Doubt, Damp It Out
March 21, 2017
PREVIOUS ARTICLE
Traffic Sensors Will Aid Traffic Flow on I-15 During Upcoming Construction
March 21, 2017