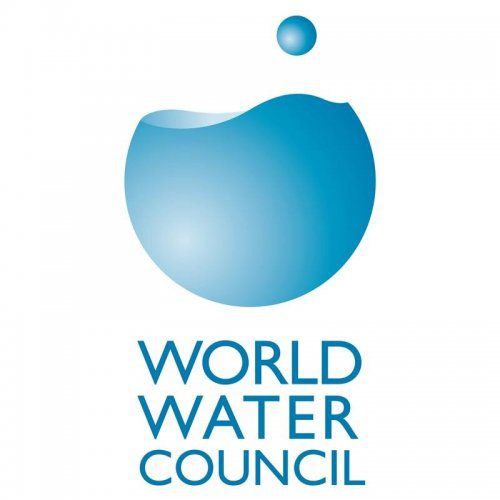 World Water Council, 20th of March, 2017 – Without water, there is no life, no food, no development.  Without water, neither countries nor societies can develop economically, culturally, socially or politically.  Access to water is key and has an impact on all of our lives — not only in directly affected regions of Africa or Asia-Pacific and certain regions of Latin America, but also in developed countries in Europe and North America. Lack of access to clean water can contribute to famine, wars and uncontrolled and irregular migration.

Currently 319 million, or 32%, of Sub-Saharan Africans, 554 million Asians, or 12.5%, and 50 million Latin Americans, or 8%, do not have access to safe drinking water.  Of these regions, Papua New Guinea has the lowest availability with only 40% of people with access, followed by Equatorial Guinea at 48%, Angola at 49%, Chad and Mozambique at 51%, the Democratic Republic of Congo and Madagascar at 52% and Afghanistan at 55%.

Worldwide, the total cost of water insecurity to the global economy is estimated at US $500 billion annually.  Including environmental impact, this figure may rise to 1% of global gross domestic product (GDP).

In observance of World Water Day on March 22nd, the World Water Council (WWC), calls on all governments to focus on water issues and encourages them to contribute a relevant part of their budget to projects that make safe water available to all on the planet, considering that 12% of the world´s population currently does not have access to safe drinking water and that water-related diseases account for 3.5 million deaths each year.  The World Water Council, in collaboration with partners UCLG, ICLEI and GWOPA, reaffirms that people’s access to sanitation and water are key priorities for local and regional governments in order to achieve the UN Sustainable Development Goal no. 6. Universal access to water and sanitation cannot be achieved without good local governance, sustainable management of natural resources and effective urbanization.

“There is an absolute necessity to increase water security in order to overcome the challenges brought on by climate change and human influence”, commented World Water Council President Benedito Braga. “World leaders realize that sanitation is fundamental to public health, but we need to act now in order to achieve the UN’s Global Sustainable Development Goal no. 6 – to deliver safe water and sanitation to everyone everywhere by 2030. We need commitment at the highest levels, so every town and city in the world can ensure that safe, clean water resources are available.”

“This year, the impact of wastewater is the focus of World Water Day,” commented Braga. “Approximately 90% of the world’s wastewater flows untreated into the environment while more than 923 million people in the world do not have access to safe drinking water, 2.4 billion do not have adequate sanitation, one out of five children under the age of 5 die prematurely each year from water-related diseases, and nearly 40% of the population already face water scarcity, which may increase to 66%, or two thirds of the population, by 2025. In addition, approximately 700 million people are living in urban areas without safe toilets.”

Many countries are aware of the importance of water security. While the right to water and sanitation was recognized by the UN in 2010, two-thirds of the 94 countries surveyed by the World Health Organization in 2014 recognized drinking-water and sanitation as a universal human right specifically in national legislation. More than 80% reported having national policies in place for drinking water and sanitation and more than 75% have created policies for hygiene. However, much more remains to be done. An estimated $650 billion US dollars of annual investment is required from now until 2030 to ensure the infrastructure necessary to achieve universal water security is put into place.

According to Braga, “water is an essential ingredient for social and economic development across nearly all sectors.  It secures enough food for all, provides sufficient and stable energy supplies, and ensures market and industrial stability amongst others benefits.  In the context of natural disasters and climate change, floods and droughts are at the root cause of many of our societies´ woes. Improved multi-purpose infrastructure is an essential step towards growth for many developing countries.”

Braga adds, “the world has fallen short on its sanitation target, leaving 2.4 billion people without access to improved sanitation facilities. It is therefore imperative that all nations continue to improve water and sanitation. For every dollar invested in water and sanitation, there is an estimated $4.3 dollar (400%) return in the form of reduced health care costs for individuals and society worldwide. In the run-up to the World Water Forum in Brazil in March 2018, which will bring together over 30,000 politicians, experts, academics and NGO´s to work towards enhanced water security and water availability, I encourage all governments to contribute a higher percentage of their overall budgets to projects that increase water security.”

Continuing in its mission to achieve greater water security for all, the World Water Council is currently organizing the 8th World Water Forum, the world’s largest water-related event. The upcoming event is expected to be attended by over 30.000 participants and will take place in just one year’s time, from the 18th to the 23rd of March 2018, in Brasilia, under the theme “Sharing Water.” The previous World Water Forum was organized by the World Water Council in the Republic of Korea, bringing together tens of thousands of participants from 168 countries, including 9 heads of State, 80 governmental ministers and hundreds official national and local government delegations.

About The World Water Council:

Downloadable at a FTP server: https://drive.google.com/drive/folders/0B035k_TL5mc7dV9ra3QtcURDRk0