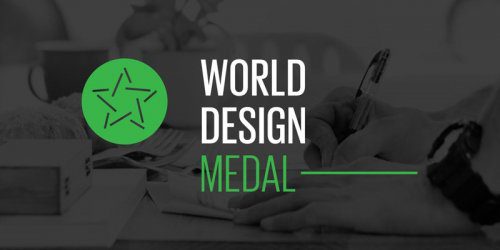 To celebrate its upcoming 60th anniversary, the World Design Organization (WDO)™ has launched the World Design Medal to recognize Industrial Designers who have made a significant contribution to the advancement of the profession.

“Developed in conjunction with our Board of Directors, the World Design Medal aims to showcase exceptional Industrial Designers from around the globe who are making a positive impact on our quality of life and driving change in our world through design,” said WDO Senator Dr. Brandon Gien, who chairs the WDO Senate Selection Committee, charged with selecting the recipient of the World Design Medal.

The Senate Selection Committee is made up of former WDO Presidents as follows:

The winner will be announced on World Industrial Design Day, 29 June, and will be invited to travel to Torino, Italy on 14-15 October 2017 to accept the Medal and deliver an acceptance speech at the 30th WDO General Assembly.