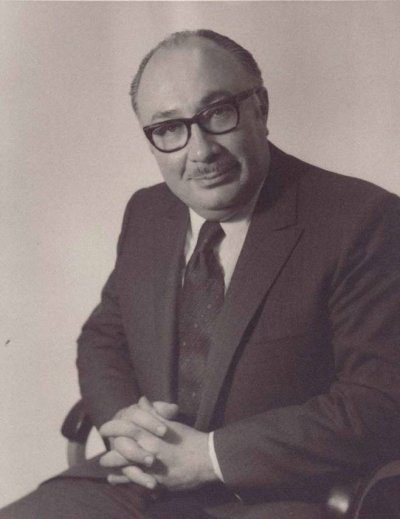 Between 1977 and 1996, Cohen served as the CEO for Ammann & Whitney, established by renowned New York long-span bridge designer Othmar Ammann. Cohen started at the firm in 1949 as an associate engineer, before becoming a partner, senior partner, managing partner, director and executive vice president. He served as president of Safeguard Construction Management Corporation between 1973 and 1977 before returning to Ammann & Whitney in 1977 as CEO. While with the firm, Cohen aided in the restoration of the Statue of Liberty, Verrazano Narrows Bridge, Roebling Delaware Canal Bridge and the United States Capitol building. He served as commissioner for the Brooklyn Bridge Centennial Commission (1981-1983) and as special advisor for the New York State Centennial Commission-Statue of Liberty in 1985.

Cohen held leadership positions in a number of industry and professional associations, including serving on the board of the New York Concrete Industry Board, the New York Association Consultant Engineers and as chair for the original American National Standards Institute Load Standards Committee. He also served as president of the American Concrete Institute, where he was a 2004 Centennial Honoree.

Cohen, who was prohibited from military service due to a rheumatic fever-induced heart condition, was awarded a medal for civilian engineering service during World War II by the U.S. Army Corps of Engineers. He was a Society of American Military Engineers Fellow.

Cohen spent over 55 years in research, design, and restoration in bridges, wind forces, hardened design and tower analysis. He was a member of the advisory board for the Journal of Resource Management and Technology and was co-editor of the “Handbook of Structural Concrete,” in addition to author to a multitude of professional journals and articles.

Cohen began his career in 1941 at the Connecticut Highway Department after receiving a Bachelor of Science in Engineering and Master of Science in Civil Engineering from Columbia University. He was a registered professional engineer in 15 states, a licensed land surveyor in four states and a chartered civil engineer in Great Britain.

Cohen is preceded in death by his parents, Samuel and Ida (Tanewitz) Cohen, as well as his first wife, Elizabeth Belle Cohen and eldest son, Samuel. He is survived by his second wife Carol Simon Kalb, his children Libby M. (Cohen) Wallace and James Cohen, and his brother Alexander Cohen and sister Sonia Cohen.

Louis Berger is a $1 billion global professional services corporation that helps infrastructure and development clients solve their most complex challenges. We are a trusted partner to national, state and local government agencies; multilateral institutions; and commercial industry clients worldwide. By focusing on client needs to deliver quality, safe, financially-successful projects with integrity, we are committed to deliver on our promise to provide Solutions for a better world.

Louis Berger operates on every habitable continent. We have a long-standing presence in more than 50 nations, represented by the multidisciplinary expertise of 6,000 engineers, economists, scientists, managers and planners.