Each year, the Informed Infrastructure editorial team reaches out to members of its Editorial Advisory Board to take the pulse across civil and structural engineering practices. The board includes a diverse range of practitioners with a wealth of experience in project and technology development.

For this year’s outlook, we asked the same questions of each board member to see how different people with different perspectives would respond to the same questions. Our goal is to help find common ground on some of today’s most pressing problems as well as show that there’s diversity in this industry in terms of personalities and opinions, and that many viewpoints should be heard to find the best solutions.

How large of a problem is staffing at your firms and/or workplace?

Burden: We continue to find staffing a challenge across the country; primarily due to the limited number of qualified, licensed engineers who have experience in the water and wastewater industry.

Christensen: This is not a significant problem at present. We are able to recruit as required, and we are seeing some good people come over from oil and gas due to the downturn in that area.

Stringer: It’s a big problem, because there is a shortage of engineers. There’s an old saying in this industry: “I became a civil engineer so my kids wouldn’t have to.” Say that to any civil engineer, and you’ll likely get a strong acknowledgement and smile.

Veteran civil engineers worked very hard to get through college and worked just as hard during their careers. Their hope was to get through this gauntlet and save their millennial kids from having to sacrifice like they did.

Fast forward to 2017. Today’s shortage of American engineers proves their efforts worked. Many millennials headed for the low-hanging fruits in college and wound up with useless degrees, forced to live in their parent’s basements. My prediction is that we will begin to see more kids taking a closer look at the engineering field and eventually put a big dent in the shortage of engineers.

How can technology be leveraged to improve the productivity/efficiency of individual workers on a project site?

Bennett: The Construction Industry Institute and Construction Owners Association of Alberta estimate that approximately 37 percent of every work hour represents “tool time,” or productive work, and the rest of the time is spent waiting or looking for materials, equipment and information; traveling between work areas; and planning work. As such, the productivity challenge this represents is not a problem with workers or tradespeople—it represents an inadequate investment in equipping these valuable human assets with optimized work plans, instructions (drawings, installation procedures, sequences, checklists, etc.), material kits, tools and equipment to stay “on task” and work safely and reliably. Technology—such as mobile devices with the latest drawings or models, task-specific checklists, work plans, material lists with tracking information, etc.—is able to stand in the gap if deployed as part of a business strategy that focuses on just that: equipping the people who ultimately perform the work with reliable, relevant, actionable information resulting in reduced re-work as well as better logistics, resource leveling, programming and risk management.

Burden: We continue to see the evolution of electronic file submittals being accepted as the normal means of doing business in the engineering field. For example, we have seen project permit submittals change from paper to almost entirely digital during the last decade, thereby streamlining the process and eliminating the long processing times that were previously the norm.

We’ve also seen engineers move to using more mobile devices in recent years, but I think there continues to be a need for improvement in this area of technology and possibly even standardization across the industry. Bigger networks for data transmission are probably the single most-limiting factor, which is likely because of the large capital costs needed to implement improvements on a nationwide scale.

Christensen: There is massive scope for ROI on investments in technology. Our industry is well behind others in digital transformation. Adoption of digital engineering models as a standard means of communication, collaboration through the cloud, and mobile access to these models are not pervasive. The combination of mobile access to cloud-based data and collaboration systems is the key for project site workers.

Will the United States ever adopt a national BIM mandate such as in the UK and other industrialized nations?

Christensen: No. The U.S. states still like to do their own thing too much to allow a nationwide approach to BIM. Perhaps there is scope for one or more of the engineering standards bodies to propose a BIM standard, which might have a similar effect without the national mandate.

Stringer: No. Hopefully we will continue to allow free-market forces to shape our world. Look what happened when we tried to adopt the metric system; it failed. So will any attempt to mandate BIM.

Bennett: PPPs and IPD have been widely recognized as innovative approaches to infrastructure funding and procurement that can reduce project costs and accelerate project delivery. When “planned and implemented correctly,” PPPs focus on maximizing profitability for those involved and, as such, demand much tighter integration among stakeholders, including designers, contractors and owners. This need for greater coordination is not only well aligned with the benefits of BIM, but BIM processes and standards themselves can actually be an enabler for successful PPPs by supporting more-informed decision making among designers, owners and private investors across the project lifecycle.

New ways of repaying this investment also can be looked at beyond just user fees. Vehicles such as property value capture allow governments that acquire or own land around an infrastructure project to lease or sell it at a profit after the project is completed, using the resulting funds for new infrastructure investment. A variant such as tax increment financing, where a post-investment reassessment of property values translates into increased property tax receipts, can be used to back initial investment or debt. Also, capital recycling, where governments can divest brownfield infrastructure assets and earmark part or all of the proceeds for new infrastructure developments, is particularly promoted in Australia, where it provides a 15 percent incentive to states when they sell revenue-generating assets and reinvest the sales price into new infrastructure.

All require good understanding of the project where BIM, AR/VR, and simulation and analysis can be leveraged. By diversifying the sources of income for repayment and shifting infrastructure investments to be treated like long-term investments, PPPs and supporting innovative technology and financing approaches could represent a majority of the funding approach stretching government investment even further.

How would a Trump presidency impact the nation’s infrastructure? 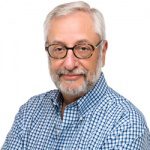 Bennett: I believe very positively, as the new president has proposed to invest at least $1 trillion during the next 10 years to rebuild America’s infrastructure. The demand for horizontal and vertical infrastructure in public and private sectors is growing rapidly. At the same time, we are at an inflection point of innovation in technology, approach and design. The private sector is ready to provide capital, and engineering and construction firms are ready to supply technical expertise. If we can streamline the regulatory and permit approval processes down to two years or less, while leveraging “state of the art” technology for better planning, design and construction, this convergence is ripe to drive the next industrial revolution. 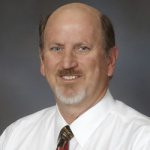 Burden: I think the Trump presidency and his administration will implement major programs to improve our nation’s infrastructure unlike anything we have seen in the last 50 years. The real challenge facing the administration will be how to fund these programs.

Markovitz: The new administration is sending signals that, if promises are kept, will positively affect our industry for the next several years. While state and local governments have long understood that they compete on a national, and even global, basis to bring jobs and tax revenues to their cities, the federal government has not in recent years learned the same lesson. State and local governments incentivize companies to enter or stay in their region, while the federal government seems to do its best to chase companies out with the highest tax rates and toughest regulations in the world.

While I am not in favor of using tax codes to control behavior, because it creates unsustainable shifts in the economy that often result in unintended consequences, we have, through “legislative creep,” distorted our global competitiveness and incentivized U.S. companies to produce goods in more-favorable locales. The result has been the unintended consequences of low growth and an outflow of domestic manufacturing. Removing these disincentives is exactly what’s needed to restore economic growth and re-energize the construction industry.

Now comes Trump and the Republican Congress, pledging to do just this. If they do, we will see our meager 1 percent annual growth rate rocket to 3-4 percent over the next few years. Providing incentives for companies to produce goods in the United States, while at the same time focusing on fixing our ailing infrastructure problem, will provide the biggest economic stimulus we have seen in many years.

While Trump is a controversial person, no matter which side of the political spectrum you may fall, let’s hope the new administration keeps these promises. If they do, the infrastructure sector will be among the greatest beneficiaries, providing the needed services to support this growth. 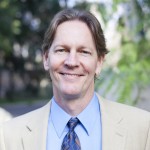 McElvaney: Trump has vowed to revitalize U.S. roads, bridges and airports. It’s too early to tell exactly how much money will be available or how it will be financed, but these are exciting times for transportation infrastructure. My only hope is that we don’t forget the importance that technology plays in the planning and operations of our smart transportation future.

Currently, design, construction and maintenance get the lion’s share of transportation dollars. But in a connected world of rapidly advancing technology, shouldn’t investment in technological alternatives that increase operational efficiency and safety be at the forefront of investment in making America’s infrastructure great again?

Autonomous and connected vehicles will change everything, from the amount of area needed for lanes and parking to the eventual elimination of streetlights. Location-aware vehicles and mobile apps will automatically inform incident management systems and dynamic messaging boards to alert drivers to hazards within seconds, not 45 minutes. And mobile apps will automatically plan safe detours appropriate to trucks and cars alike. And that’s just the beginning of what’s actually possible in a world of smart transportation. But it won’t happen if we don’t invest in the ICT, IT and GIS infrastructure it will take to support it.

And what about our intermodal future? In a rapidly urbanizing world, where car ownership is the exception and the sharing economy the rule, does it make sense to not invest in passenger-only rail, high-speed trains, metros, streetcars, bike lanes and bikeshare stations as well as the IT infrastructure necessary to connect them all?

I would argue that in the rush to get our fair share of the infrastructure pie, we should carefully consider the impact that our decisions will have on people’s lives and the environment. Will it make them safer, healthier and better off? Infrastructure is built to last 100 years. We should make sure that we build what our grandchildren will need, and that we leave room for the changes that American technology and know-how will bring.

Let’s make sure that technology, well-defined metrics and operations are included up front in the design phase of every transportation infrastructure project. That would be smart infrastructure planning, indeed.

Stringer: The Trump presidency will dramatically change the infrastructure landscape. He is a businessman at heart and will no doubt promote the involvement of the private sector to make win-win deals. Hold on to your hats