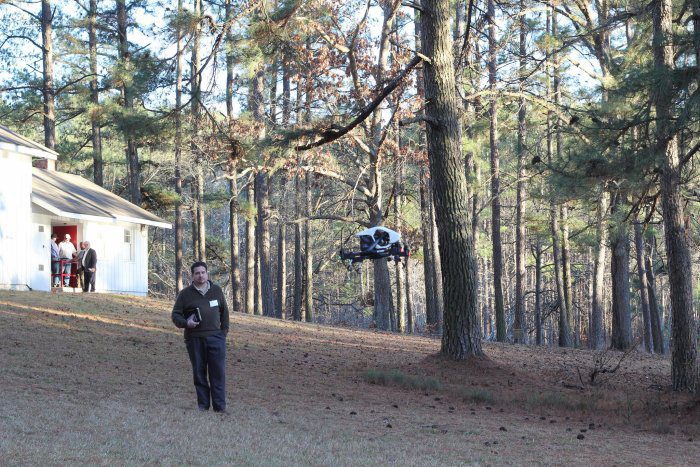 Parul Dubey on February 6, 2017 - in Transportation

RALEIGH – The N.C. Department of Transportation is exploring how to best implement unmanned aircraft systems, or drones, into future disaster relief efforts. The department’s Division of Aviation recently collaborated with nearly 50 state and local government agencies and industry researchers for a three-day workshop, which included interactive demonstrations of drone operations in simulated scenarios.

“Our goal is to ensure that drones flying within North Carolina are flown safely and responsibly,” said Aviation Division Director Bobby Walston. “A better understanding of drone capabilities and evolving regulations will give emergency management professionals tools to safely use this technology during disasters and routine operations.”

Without proper coordination, drone operators can unintentionally interfere with emergency management operations. A goal of the exercise was to organize communications with the public, to ensure hobbyist drones do not hinder disaster relief efforts.

The workshop was organized by the NCDOT Division of Aviation and North Carolina State University’s Next Generation Air Transportation Consortium, within the school’s Institute for Transportation Research and Education. The team is leading research and testing efforts to safely integrate drones into the National Airspace System.

The Federal Aviation Administration has exclusive authority over the use of airspace in the United States, including the airspace used by drones. NCDOT has authority to implement and manage regulations that pertain to state laws concerning operations within North Carolina.

North Carolina has more than 15,000 registered drones, which is almost double the number of registered manned aircraft.

A report on best practices for natural disaster response will be available in March.