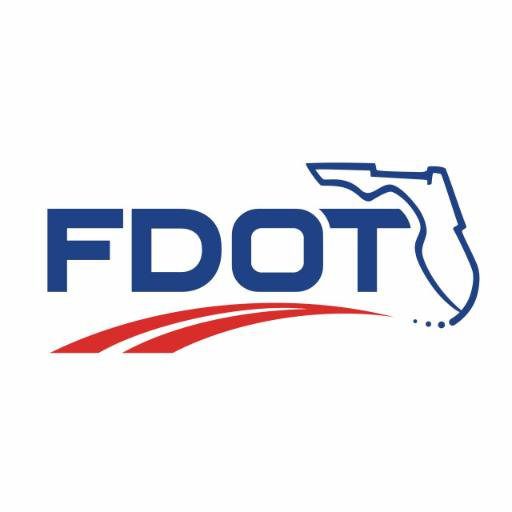 TALLAHASSEE – Governor Rick Scott today announced that the Florida Department of Transportation (FDOT) will receive $10.8 billion in the recommended FY 2017-2018 “Fighting for Florida’s Future” Budget to make strategic transportation investments statewide and keep Florida’s world-class transportation and infrastructure system as the nation’s best.
Governor Scott said, “As the third largest state in the nation with the fourth fastest growing population, we must make sure our state is prepared to safely welcome new families, visitors and job creators. We have made significant investments in transportation for four years in a row because we know the incredible impact it has on job creation and helping Florida become a leading hub for global trade. The ‘Fighting for Florida’s Future’ Budget continues this record funding by including more than $10 billion to ensure our transportation and infrastructure system remains a national leader for decades to come.”
The Governor’s FY 2017/2018 transportation budget makes the following investments:

Northeast Florida
· $103.9M to acquire right of way for the First Coast Expressway in Clay County. This funding enables the department to complete land acquisition in this county, thereby ensuring construction continues. The First Coast Expressway is a new all electronic toll facility which improves the movement of people and goods throughout the region.
· $44.2M to add additional lanes and reconstruct the existing SR 15 (US 17) from west of Dunns Creek to Horse Landing Road in Putnam County. The improvements include widening the existing two lane roadway to a four-lane divided roadway with a raised median, bicycle lanes, a sidewalk on the west side of the roadway and a 12-foot multi-use path on the east side.
· $29.1M for drainage improvements along the SR A1A (3rd Street) from Seagate Avenue to Beach Boulevard in Duval County. The drainage improvements will reduce the incidence and magnitude of flooding experienced at this segment of roadway.
· $31.1M for channel deepening and widening at JAXPORT in Duval County. An updated economic impact study reported that cargo activity supports nearly $27 billion in annual economic output.

· $21M to add lanes and reconstruct SR 369 (US 319) from North of SR 267 to the Leon County Line in Wakulla County. SR 369 serves as the primary travel route between Tallahassee and gulf coast communities. The improvements will improve mobility, relieve traffic congestion, improve traffic circulation, improve pedestrian and bicycle connectivity and improve public safety.
· $32.8M to improve the roadway and add lanes on SR 390 in Bay County from Jenks Avenue to East of SR 77/Ohio Avenue. This project will relieve congestion and promote opportunities for growth along the corridor by converting the roadway to a six-lane divided facility with buffered bike lanes and sidewalks. An improved Strategic Intermodal System corridor will also better serve as a Hurricane Evacuation Route for surrounding communities.
· $32.6M to add lanes and reconstruct SR 388 (West Bay Parkway) from SR 79 to East of Northwest Florida Beaches International Airport in Bay County. This project will improve mobility and airport access by widening SR 388 from two to four lanes, adding a multi-lane roundabout at the airport entrance, widening the Crooked Creek bridge from two to four-lanes and improving signalization at SR 79.

Southwest Florida
· $67.1M to add lanes and reconstruct SR 82 from Alabama Road to the Hendry County Line in Lee County. The improvements include widening of the existing two-lane roadway to a four-lane divided roadway with optional future expansion to six lanes, a shared-use path and lighting improvements.
· $115.7M to add lanes on I-75 at the SR 70 interchange in Manatee County. The construction project will rebuild the SR 70 interchange from its existing partial cloverleaf design to a modified diamond interchange design with a single loop in the northwest quadrant. Interchange improvements will also include replacement of entrance and exit ramps and the addition of emergency stopping sites on the exit ramps.

Southeast Florida
· $478.6M to add lanes and improve the interchange at I-95/I-595 Express Lanes direct connect (I-95 from Stirling Road to Broward Boulevard) in Broward County. The project will provide new median ramp connections and a second express lane to increase mobility, relieve congestion and accommodate future growth in the region.
· $43.2M to add lanes and rehabilitate SR 80 from West of Lion Country Safari Road to Forest Hill/Crestwood Boulevard. SR 80/Southern Blvd. is a Strategic Intermodal System (SIS) corridor located in central Palm Beach County and is one of only two major east-west roadways. This project will relieve congestion on SR 80 by adding an additional travel lane in each direction, and will provide bicycle and pedestrian access to the new developments by including a shared use path and buffered bicycle lanes to accommodate all modes of transportation.
· $12.1M to extend the runway at Fort Lauderdale – Hollywood International Airport in Broward County. This project will assist with meeting future demands for commercial and general aviation traffic through improvements and modifications to accommodate the eastward construction of the New South Runway and one parallel taxiway.
· $80.9M for bridge replacement on SR 968/SW 1st Street at the Miami River in Miami-Dade County. The existing SW 1st Street bridge is a low-level bascule (movable) bridge spanning the Miami River. The purpose of the project is to replace the structurally deficient bridge and relieve congestion.
· $61.7M to expand and improve Krome Avenue in Miami-Dade County from SW 232nd Street to south of SW 136th Street. This project will improve safety, traffic operations and access points to reduce fatalities in the corridor. The road will be widened from two-lanes to a four-lane divided highway and will include new bridges over several canals, improve drainage systems and lighting along the length of the project.

East Central Florida
· $56.9M for the direct access between I-95 and the Melbourne International Airport in Brevard County. The direct access will relieve traffic at the adjacent interchanges. The new interchange will align with St. Johns Heritage Parkway and Ellis Road.
· $34M for Space Florida Launch Complex Improvements in Brevard County demonstrating Florida’s leadership and commitment to space flight and related businesses as the Space Center transitions to commercial space flight. Improvements will help attract more commercial activity to the area.
· $169.5M for 3.53 miles of limited access toll road along State Road 46, east of Wekiva Park Drive to Orange Boulevard to help protect the natural resources surrounding the Wekiva River in Seminole County. The project will include the design of non-tolled service roads, slip ramps, and several bridges. The project will also include roadway widening, drainage, lighting and other features.
· $17.5M for rehabilitation of the Volusia/Daytona Beach Taxiway at the Daytona Beach International Airport in Volusia County. The airport serves as a vital link in Florida’s air transportation system. Improved runways will assist Daytona International Airport with their efforts to provide more direct connect flights.

West Central Florida
· $40M for Tampa International Airport in Hillsborough County to continue development and construction of an automated people mover. The people mover will transport visitors from a consolidated rental car facility to the main terminal thereby reducing the congestion along George Bean Parkway. It will also connect the proposed Westshore Multimodal Center with the airport and greatly enhance the movement of visitors and residents throughout the region.
· $11M to acquire right of way for the future widening of SR 574/Dr. Martin Luther King Jr. Boulevard in Hillsborough County from East of Kings Way to East of McIntosh Road). This project will support growth in the area from the current low density development (mixture of agricultural, commercial, and planned residential developments) to a future urban environment.
· $35.1M to add lanes and reconstruct US 19 (SR 55) From West Jump Court to West Fort Island Trail in Citrus County. This project will increase capacity on a major US route from four to six lanes. The project also includes drainage improvements and the addition of sidewalks.

Florida Transportation Commission Chairman Jay Trumbull said, “Governor Scott’s transportation budget makes the right investments in the right places for today’s needs while preparing for tomorrow’s demands. This budget continues to recognize the diverse needs of our residents, our businesses and our visitors.”

Floridians for Better Transportation President Sally Patrenos said, “Florida’s transportation system continues to be the best built and maintained in the country because Governor Scott knows that our residents, visitors and businesses rely on it every day.”

Asphalt Contractors Association of Florida President Kevin Wall said, “Governor Scott’s investments in Florida’s critical infrastructure demonstrate his commitment to creating one of the best and safest transportation systems in the nation.”

Florida Airports Council President and CEO Lisa Lyle Waters said, “Thanks to the strategic investments Governor Scott has made in Florida’s airport system, we continue to be prepared to handle record volumes in traffic and operations while at the same time making critical improvements to keep our workers and passengers safe.”