/ Articles / Future Forward: When Should Aging Infrastructure Be Replaced or Removed?

Future Forward: When Should Aging Infrastructure Be Replaced or Removed? 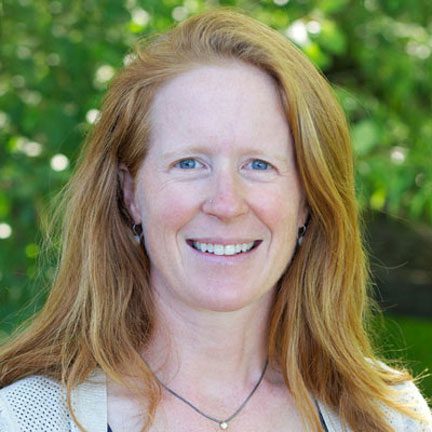 Megan Lawson, Ph.D., is an economist specializing in land-use, non-market valuation and statistical models for policy analysis. She works for Headwaters Economics, an independent, nonprofit research group, and her research areas include recreation, ecosystem services, climate adaptation, and demographic and economic trends. Megan holds Ph.D. and Masters degrees in economics from the University of Colorado, Boulder, and has a B.A. in biology from Williams College.

Headwaters Economics is a nonprofit organization based in Bozeman, Mont., that performs research related to land management and community economic development, with a particular focus in the western United States.

“We work on just about everything related to natural resources in the west, specifically with a focus on figuring out how to benefit the communities closest to them,” notes Lawson.

“We are mostly geographers and economists, but we have a couple historians tossed in here as well as some data analysts,” she adds. “I’m one of the economists.”

Some of Lawson’s experience working on water- and dam-related work was in her previous job in the consulting world, and she now looks at how infrastructure is connected to economic development. Recent research has focused on dams and recommending whether they should be renovated or removed.

“As dams are aging, in many places, the population downstream is growing, so the public-safety risk is growing exponentially,” says Lawson. “Also, the connection is strong between economic and environmental benefits for river health, which has its own economic impact with benefits to commercial and recreational fisheries.”

Some candidates for removal are easy to spot, such as dams that were built for milling but now are obsolete. Most dams, however, become a question of value and economics. Are the costs of maintenance and revitalization worth the benefits? The costs are relatively easy to determine, but the benefits often are wider and more difficult to track.

“One of the ways people measure the benefits of dam removal is non-market value, using survey techniques to ask people whether or not they care about removing a dam,” notes Lawson. “Would they be willing to pay to contribute in some manner to the removal of that dam project? Research studies have found that benefits can far outweigh the costs of those projects, particularly for the most-ambitious ones.”

In her experience, the research process often leads to recommending dam removal, which can open up closed watersheds. Removal often is cheaper than making the upgrades necessary to achieve proper safety or accommodate local fish.

“Looking at a bunch of these studies, that’s the bottom-line consideration that really drives whether the dam will be removed or not,” she adds. “Sometimes it might not be less expensive to remove it, but that doesn’t mean the other benefits shouldn’t also be considered, placing greater emphasis on effects on the community nearby, effects on recreational and commercial fishing economies, and effects on agriculture.”

Lawson believes that all decisions about infrastructure should be made rationally based on a well-considered comparison of benefits and costs, but she also acknowledges there are political considerations.

“A lot of it comes down to funding considerations and when different sources of funding might be available,” she notes. “For example, several dam-removal projects were undertaken in New England after Super Storm Sandy, because there was a bunch of federal funding available for recovery. But even when funding is available and there’s political capacity, you still have to make sure the project is worth it for the public.