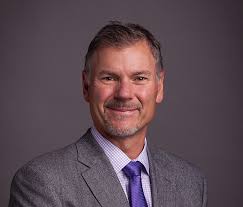 KANSAS CITY, Missouri  — Ray Kowalik is starting the New Year with a new role and perhaps the biggest challenge of his life — CEO of Burns & McDonnell. Kowalik, who is entering his third decade with the firm this year, becomes just the eighth CEO since Burns & McDonnell was founded in Kansas City in 1898.

“To be given an opportunity to lead the company I love, in my hometown — that has become the mecca of engineering in this country — is the ultimate privilege and responsibility,” says Ray Kowalik, CEO of Burns & McDonnell.

Kowalik came to Burns & McDonnell in 1987 as a structural engineer after graduating from the University of Missouri-Columbia with Bachelor of Science and Master of Science degrees in civil engineering. He began his career in the firm’s Energy Group, where he met his close friend and mentor, Greg Graves.

Graves says Kowalik introduced utility companies across the country to the engineer-procure-construct (EPC) delivery method. The integrated approach provides a single-point of contact to deliver a complex project, such as a power plant, faster and more efficiently with less risk to the owner.

“That’s where Ray thrives,” Graves says. “He always has his eye on what’s next: What’s better? What makes a real difference? Then, he introduces it to clients and helps make it a staple of the industry.”

Just days before he took on his new role, Kowalik delivered another milestone for Burns & McDonnell with the acquisition of one of the nation’s premier industrial contractors, AZCO, INC. Kowalik pursued the 100 percent employee-owned firm for four years, because he knew it would be a perfect fit from both a cultural and business perspective.

“Bringing AZCO into the Burns & McDonnell family takes our EPC services to the ultimate level,” Kowalik says. “We now not only manage the project; AZCO can provide direct management of the skilled craftsmen to offer a true one-stop shop for our clients.”

Kowalik says Burns & McDonnell, now ranked No. 1 in the power industry by Engineering News-Record, is relentless in its efforts to expand its suite of services that already includes more than 350 different specialties. In fact, the firm is now in the incubation phase for several innovative new offerings.

“It’s like launching a startup company within a specific business line. That’s our employee-ownership model at work,” Kowalik says. “Right now we have a safety net to test and prove these innovative ideas. Once these are strong enough to live on their own, they will become their own business lines.”

In the meantime, Kowalik continues planning to broaden the global footprint of Burns & McDonnell, which now spans more than 40 locations.

“We create a home base where our clients need us. We create new jobs there and invest in the communities,” Kowalik says. “We just opened an office in Mexico City to help build out the region’s electrical infrastructure. Our next opportunity will likely be in the Pacific Northwest because of our growing amount of work in aviation and manufacturing.”

Kowalik is passionate about making each office the best place to work in the country. In addition to the company being ranked No. 16 on Fortune’s 2016 list of 100 Best Companies to Work For, Burns & McDonnell is recognized as a best place to work by more than 20 publications in communities across the country.

“We aren’t selling a product — we’re offering a service — so it’s critical that we have the top talent in our industry,” Kowalik says. “Once we get them, we do everything we can to show our employee-owners how much we value them and their families and create an environment that makes them proud to work at Burns & McDonnell.”

Kowalik says that pride stems from the opportunity to work on projects that power and advance our nation, as well as the firm’s civic and philanthropic efforts. In 2017, the new CEO will continue to work with employee-owners to identify an organization to serve as their Charity of Choice with fundraising planned throughout the year, in addition to countless other philanthropic efforts that Kowalik intends to focus on health, education and community development.

“My daughter just graduated from college with an engineering degree, which makes me incredibly proud, but I know that the pool of future engineers is not as deep as we’d like it to be,” Kowalik says. “That’s why we plan to grow our efforts around early STEM outreach. This is crucial to not only our industry, but to the advancement of our country.”

From a focus on STEM education to growing his 119-year-old firm, Kowalik says his approach will be inspired by advice he received that is now his everyday mantra.

“Whatever you get involved in, do it 100 percent and lead,” he says. “Whether you’re volunteering or coaching your kids’ basketball team, don’t just participate. Get out there and be a leader.”

Burns & McDonnell is a family of companies made up of more than 5,700 engineers, architects, construction professionals, scientists, consultants and entrepreneurs with offices across the country and throughout the world. We strive to create amazing success for our clients and amazing careers for our employee-owners. Burns & McDonnell is 100 percent employee-owned and is proud to be No. 16 on Fortune’s 2016 list of 100 Best Companies to Work For.