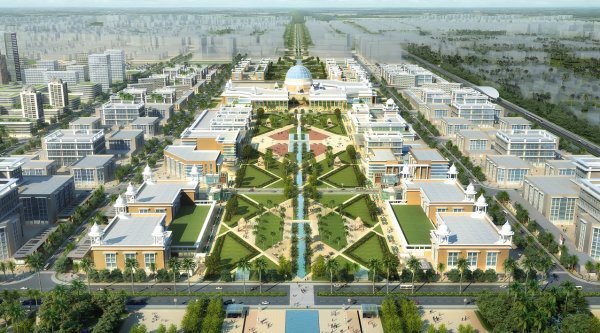 “India presents tremendous opportunities for U.S. firms, like CH2M, to assist with the country’s growth vision to become an economic powerhouse in the 21st century. As a leader in smart city development, we are pleased to facilitate the opportunity for CH2M to work on India’s first smart capital city, Amaravati,” said Arun Kumar, Director General of the U.S. Commercial Service and Assistant Secretary for Global Markets, U.S. Department of Commerce.

India ranks third in the world’s economies, and with approximately 1.28 billion people it is one of the most populous countries in the world. Recognizing India’s imminent growth potential, the U.S. Commercial Service took the lead in working with the Government of India to unlock opportunities for U.S. companies to contribute to India’s smart city development and urban infrastructure initiatives.

As the new capital of Andhra Pradesh, Amaravati, located on the banks of the Krishna River, will become the first among India’s planned smart capital cities to be mobilized and developed. With a focus on sustainability, information and communication technology and innovation, strategic growth, quality and safety, the new capital city will create a range of economic and sustainable opportunities for residents. Setting a new international benchmark for global economic development, the city will offer high-tech and knowledge-based jobs, making it more globally competitive.

“CH2M is honored to deliver this important project for the Andhra Pradesh Capital Regional Development Authority. Utilizing best practices from other international urban centers, we are excited to lead the program management and project management of the government complex of this new smart capital city,” said Greg McIntyre, president of CH2M’s State and Local Governments sector.

CH2M’s work to develop India’s next iconic, smart and sustainable capital city in the State of Andhra Pradesh comes 70 years after the partition of India in 1947, when Chandigarh was established as a planned capital for the states of Punjab and Haryana.