FTA Funding to Help Chicago Rebuild for the 21st Century 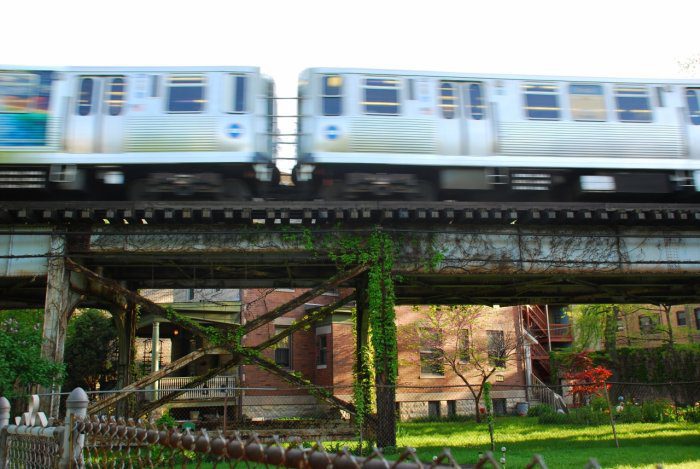 At the Federal Transit Administration (FTA), our mission often involves bringing brand-new trains, buses, and infrastructure to communities looking to create a new transit system or expand a current one. However, a growing issue nationwide is a backlog of important repair and reconstruction work to revamp older public transportation systems expand capacity and accommodate growing ridership.

That’s the thinking behind the Core Capacity program, which was added to FTA’s portfolio of Capital Investment Grants (CIG) in 2012 to address capacity needs of heavily-used transit infrastructure. Senator Dick Durbin was instrumental in creating this new program. I was pleased to join him, Congressman Mike Quigley, Congresswoman Jan Schakowsky, and Mayor Rahm Emanuel in Chicago to announce $1.07 billion in federal funding for the first phase of the Red and Purple Modernization Project. This is the first-ever construction grant agreement under the Core Capacity program.

The Chicago Transit Authority’s (CTA) rail transit system has a rich history – the oldest section of what is now the Red Line first went into service in the year 1900. At the time, Chicago’s gleaming elevated rail (the “L”) was the envy of the world.

The Chicago area has grown and changed in many ways since then, but one thing that hasn’t changed is the L’s importance to the regional economy and its residents’ quality of life. And the L has not only stayed popular, demand for the system is growing fast – over the last five years alone, the Red Line has seen rush-hour ridership go up by 40 percent.

That puts a big strain on critical infrastructure like tracks, bridges, signals, and station platforms, all of which need major upgrades in order to provide high-quality service to Chicagoans for generations to come.

The Core Capacity grant awarded to CTA will allow the transit agency to offer better, faster service to many more passengers through improvements like:
•Building a new bypass to remove a bottleneck at the century-old Clark Junction, a key intersection of the Red, Purple, and Brown Lines;
•Purchasing 32 new railcars to greatly improve safety, comfort and capacity, as well as installing and upgrading tracks, signals, electric power systems, and other infrastructure to keep trains running smoothly; and
•Modernizing four of the system’s busiest stations to accommodate the growing number of passengers and trains – adding features like better lighting and accessibility in the process.

All told, rebuilding this section of the Red and Purple Lines is expected to increase capacity by 30 percent, going a long way toward addressing the current and future needs of the system.

Just as Chicago led the way at the turn of the 20th Century in building a world-class urban rail system, CTA and city leaders are on the forefront of the crucial reconstruction work that needs to be done across the country to keep our transit infrastructure in top shape.