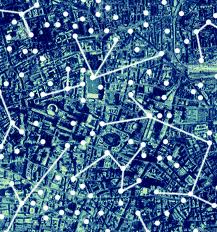 The use of social media is increasing at a phenomenal rate; which is no surprise to those in the know. Local councils however are not utilising (with a few exceptions) to the best of their ability. Those Local authorities that have been putting the effort in have seen initial savings of up to 25% of their total communications budget. Against the backdrop of cuts to local government budgets, councils are discovering that moving customers to more cost effective channels provides a rare and precious example of a largely untapped opportunity to make significant savings, whilst also improving the experience of the  customer.

Mike Langton, Communications Officer at Barnet Council said; “Social media has allowed our organisation to respond to residents’ questions and concerns efficiently, promoting transparency and openness. As a rule of thumb, we aim to respond to social media questions within the same time frame as media enquiries, demonstrating the importance and belief we have in the medium.

“By expanding our social media presence we have been able to give individual council services control of their own accounts, as they are ultimately the people on the ground carrying out the day-to-day jobs and are therefore better placed to answer resident questions than the corporate communications could ever be.”

Councils are currently leaving no stone unturned in the search for ways to do things differently, better, and more cost effectively, whilst continuing to meet the increasing demands of growing and ageing populations.

Certainly a savvy use of social media enables both Council and citizen alike to access and share information quickly. Currently some 74% of the total population of the United Kingdom use at least one social channel – this includes between 18-24% of those over 55 years old. So it’s no great leap to imagine that  public sector organisations and individuals are finding new and innovative ways to interact on a variety of themes and services.

Clearly, a  significant number of local councils should be following the lead of Barnet and encouraging their constituents to use web, mobile and other low cost technologies on a day to day basis. Councils can thereby drastically reduce the cost of customer services whilst allowing customers access at a time and place of their choosing, which they understand and are comfortable with. This can allow councils to focus officers’ valuable face-to-face time on customers with more sensitive and complex needs – and save up to £7.06 on each and every constituent to which a service is provided.

Calum Brannan, co-founder of Crowd Control HQ said; “Given that local governments are facing many challenges in the current climate; managing social media, akin to the example set by Barnet Council, is certainly an increasingly important development. At the moment only a few councils are leading the pack with  customer engagement through transactional activities, user enablement through promotional materials and public transparency through information provision.”

Moreover, as a result of user sharing and rapidly available information exchange; local government announcements about school closures or the gritting of roads this Winter could be ultimately more effective.

Mike continued; “During severe winter weather we have found our accounts come in to their own as we are able to relay instant up to date information to our residents informing them of gritting times and routes as well as which roads to avoid due to closures.”

Not only this but local channels can operate as an information stream for centralised government – passing on items of import to the grassroots population that would normally be either ignored or dismissed out of hand. However local government still needs to be particularly careful about how they come across.

James Leavesley; Chief Executive of Crowd Control HQ said; “Messages on social networks have an obvious tendency to be expressed publicly; and can quite easily be captured or saved even should they be deleted at a later date. If local government is to use social media appropriately then it must mitigate the risk of reputational damage through possible misuse by implementing policies and moderating effectively”

The issue remains however that many councils are not effectively using social media; or are even aware of it’s capabilities. With as few as 22% of Council officers saying that training is available and as many as 82% claiming that they aren’t too sure their respective authorities have a clue at all.

Needles to say social media needs to become an intrinsic part of local government communications; not only to save money and improve service but connect more rapidly with the constituents that Local Government purports to represent. With 60% of councils locking out social media on office computers; it would seem that many have a long way to go before emulating the example of the London Borough of Barnet.