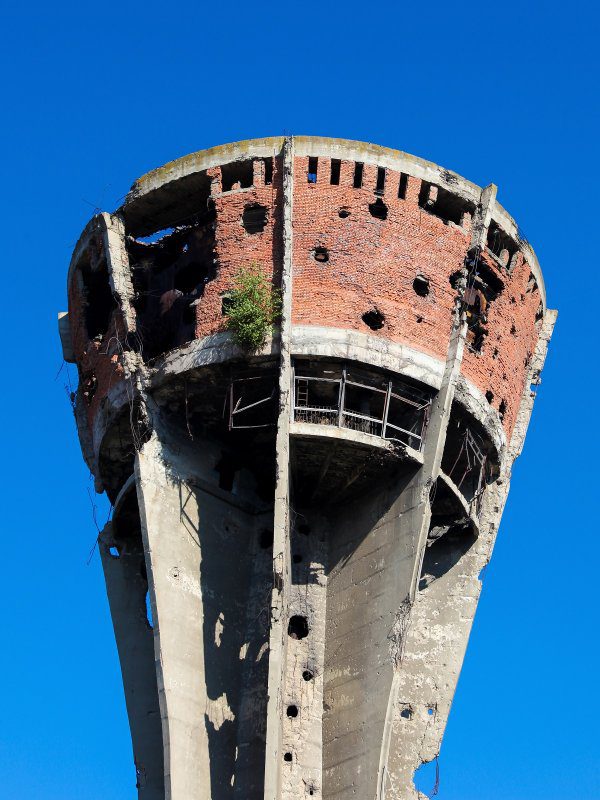 After being used for construction and rehabilitation of the most famous structures in the world such as the Pentagon, Empire State Building and Burj Khalifa, MCI® technology will be used to preserve Vukovar’s water tower hit more than 600 times during the siege of the city.

Cortec® Corporation signed the donation agreement with the Mayor of Croatian City of Vukovar. The company donated funds for reconstruction of Vukovar water tower that was almost destroyed in 90’s during Croatian War of Independence.  Water tower is the most famous symbol of city’s suffering during the Battle of Vukovar but also victory and new life.  It was one of the most frequent targets of artillery but never collapsed.

The company will donate the necessary quantities of products to prevent corrosion of reinforced concrete structures of water tower as part of the memorial monument project. The structure will not be restored to its original function, instead it will become a memorial to remind about the suffering and pain lived through by the City of Vukovar. For preservation of the tower Cortec® will donate its world renowned MCI® technology that revolutionized the way of extending service life of concrete structures.

Cortec’s patented MCI® (Migrating Corrosion Inhibitors) technology protects reinforcing metal in concrete from corrosion. It rehabilitates existing concrete structures and extends the life span of new structures. This world proven, contemporary technology will be used for restoration of  Vukovar tower and will preserve the monument symbolizing suffering and heroism of Croatian people for future generations  MCI® technology is utilized worldwide for the construction and rehabilitation of world most famous building structures such as the Empire State Building, Pentagon and Dubai’s Burj Khalifa, tallest tower in the world.

Product named MCI®-2020, which was donated to the City of Vukovar was used for renovation of Pentagon building after the terrorist attacks on September 11, 2001. The project won first prize for the rehabilitation of infrastructure in the United States given by International Concrete Repair Institute.

Croatian-American entrepreneur – Boris Miksic, CEO of Cortec® Corporation participated in numerous projects during his long term careerbut notes that restoration of Vukovar’s tower has a special significance: “This is a very emotional moment as Vukovar is in the heart of every Croatian citizen. We are proud to donate this technology which will preserve Vukovar’s monument for all generations to come. This symbol of one of the most destructive wars in modern history is warning that it must never happen again.”