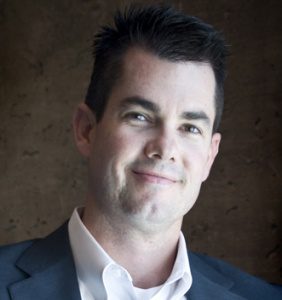 The president of Atlas Civil Design, A.J. Whitaker is a registered civil engineer and land surveyor with more than 20 years of experience in large-scale single and multi-family residential, commercial, industrial, municipal, medical/healthcare, and mixed-use projects. He has served three years as Chapter President of the American Council of Engineering Companies.

In his spare time, A.J. maintains a blog at Engipreneur.com, where he helps entrepreneurial engineers apply practical, and often counterintuitive, business strategies to their engineering careers.

It sounds like a traditional engineering firm, until learning that the company has no central office. There’s no place for everyone to show up for work every day, and the company owns little large-scale engineering equipment. Most of the team works out of home offices.

“We employ a combination of employees and independent contractors for our production work,” notes Whitaker. “That’s been ingrained in our culture and business model from the beginning. We do it on the survey side and the engineering side, and it’s worked very well for us. I had originally anticipated some pushback from some clients, but it has actually been a boost to the services we can offer clients.”

The decentralized business model was expected to keep overhead costs low. There’s no rent to cover, and the company doesn’t own large and expensive plotters. Almost everything the firm does is digital and in the cloud. These cost saving get passed on to clients in lower fees, and Whitaker believes he can also offer to pay their network of employees at higher rates.

But the biggest attraction for many workers is a better life/work balance by eliminating their daily commutes.

“Our San Diego project manager left a job where he was commuting a couple of hours a day and wanted to spend more time coaching his kid in basketball—increase his family time—and he couldn’t be happier with the current situation,” adds Whitaker.

However, Whitaker didn’t expect clients to always be open to this somewhat unique model. He anticipated pushback from some clients who expect engineering to be done a certain way, but that has not been the case.

“In fact, I’ve learned that some of our clients actually have the same business model,” he adds. “They’re working out of their home office.”

Enabled by ‘The Cloud’

The idea to create a virtual engineering office began around 2008, when Whitaker and a partner realized that conference-calling, screen-sharing and other Internet-based technologies would allow files to be shared in real time via the cloud. Local workstations could be synchronized so multiple engineers could work together in a CAD environment.

“On the survey side, we’re using 3D laser scanners on all our topographic surveys and then storing the point-cloud data in the cloud for our users,” notes Whitaker. “On the civil side, we employ technology such as SITEOPS to get our foot in the door much earlier in the project lifecycle, doing cost- optimized models for our clients.”

From inception, Whitaker and his company decided that becoming an early expert in Bentley Systems’ SITEOPS software would help develop the business and win new clients. He believes this conceptual design tool, often used to create early models for generating real-time earthwork estimates and costs, has been instrumental in business development.

“I thought if I could get on top of this, go into a client meeting, give them a 30-minute demonstration, we’ll get their business,” notes Whitaker. “That’s exactly what we did.”

During the recession years, Whitaker’s team tried to visit all the major commercial land developers in Southern California, doing about 200 presentations in that timeframe. The company still uses SITEOPS to get its foot in the door early with projects and help guide processes to more-efficient designs.

But Whitaker notes that their virtual office is generally “technology agnostic.”

“Having a combination of employees vs. contract workers, I have to be careful,” he adds. “I don’t dictate products to my subcontractors. They’re free to use whatever tools they have at their disposal to put together the plans. That shifts our focus a bit from ‘how do you do this’ to ‘what does the end product look like’ and ‘does it meet our quality standard?’”