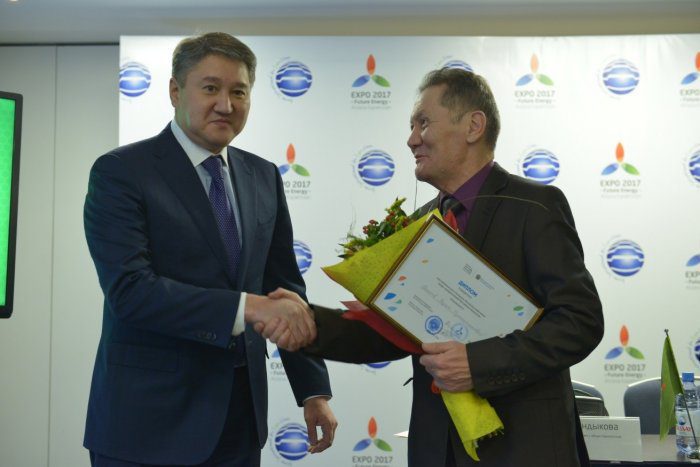 Marat Issekeyev, a scientist from Kazakhstan, has invented a cheap wind turbine that can generate almost 1.5 times more electricity than comparable turbines.

Mr. Issekeyev, who holds a PhD degree in Engineering, has won the Future Energy national competition held throughout the year by National Company Astana EXPO-2017 and the Ministry of Energy of Kazakhstan.

Internet users have voted his multi-rotor wind turbine the best innovative project. The wind turbine makes use of the draught of air, which enables it to generate 30% to 50% more electricity than comparable wind turbines. It took the scientist three years to design the turbine.

Key advantages of the project include low cost, as no expensive composite materials are used in the structure, and the possibility of adjustments if the wind changes direction. The inventor has already said that he is willing to provide wind turbines to villagers and families with many children for free.

“Almost all regions of the Republic have actively participated in the competition, and it has given impetus to the development of new technologies in Kazakhstan. Therefore, we are especially proud that next year, our Republic will become the world’s largest innovative platform thanks to EXPO-2017,” said Yerbol Shormanov, Deputy Chairman of the Management Board of JSC National Company Astana EXPO-2017, at the prize-giving ceremony.

He also said that Mr. Issekeyev’s invention would be included in the list of 28 Kazakhstani projects to be presented in Kazakhstan’s national pavilion at EXPO-2017.

Organizers of the competition received almost 100 applications from Kazakhstani inventors; the best 50 projects were shortlisted and subsequently posted at www.yourexpo.kz. About 55,000 people participated in the voting.

The International Specialized Exhibition Astana EXPO-2017 dedicated to Future Energy is an expositional and recreational event that will take place between 10 June and 10 September 2017 in Astana. The exhibition will last 93 days and will become one of the most spectacular cultural venues in 2017. The exhibition is expected to include about 3 thousand themed, cultural and entertainment events. Overall, the event expects 5 million visits.

As part of Astana EXPO-2017, global policy documents will be drafted in order to promote an energy-efficient lifestyle and wide use of renewable energy sources.