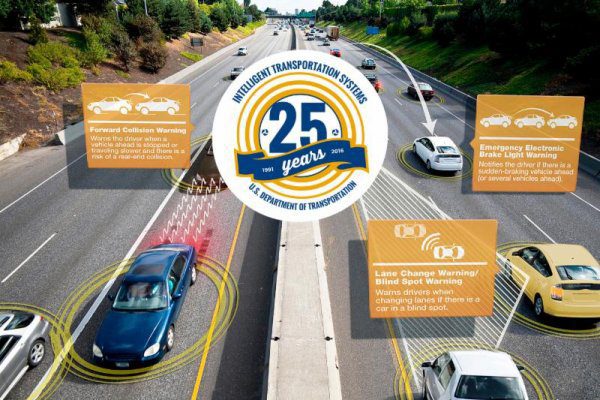 Today, the Intelligent Transportation Systems Joint Program Office (ITS JPO) celebrates its 25th anniversary. On December 18, 1991, the ITS JPO was founded as part of the federal aid transportation program reauthorization. Its founding was a significant public commitment to ITS technology. The founding of a federal ITS program was a crucial step that laid the foundation for the innovative research, development, deployment, and public-private partnerships that have continued to this day.

Since its inception, the ITS JPO has been committed to transforming and improving the way society moves. The benefits of ITS are wide-reaching, applicable to urban and rural populations; commuters and commercial truck drivers; and pedestrians, bikers, and users of public transportation systems. There is no doubt that even in its relatively short existence, ITS technology has made transportation safer and more efficient.

In the past year, the ITS JPO made several significant steps to accelerate the deployment of ITS technology. The ITS JPO launched the Connected Vehicle Pilot Deployment Program in 2015 to spur the implementation of state-of-the-art wireless communication technologies and applications that have the potential for immediate and beneficial impacts. This past September, the three selected pilot sites (Wyoming; New York City; and Tampa, Florida) were awarded cooperative agreements to initiate the second phase of the program. Now, the three sites are embarking on a 20-month phase of activity to design, build, and test the nation’s most complex and extensive deployment of integrated wireless in-vehicle, mobile device, and roadside technologies. The connected vehicle technologies being deployed in these pilots are designed to save lives, improve mobility, enhance economic productivity, and reduce environmental impacts. We are excited to spread these benefits to regions throughout our nation.

Further accelerating their deployment is the U.S. Department of Transportation (USDOT) Notice of Proposed Rulemaking just released this past week. The proposed rule would enable vehicle-to-vehicle communication technology on all new light-duty vehicles. This rule would empower a multitude of new crash-avoidance applications that, once fully deployed, could prevent hundreds of thousands of crashes every year.

And our year of accelerating deployments does not stop there. On top of these exciting developments, the ITS JPO has also been investing in smart communities. This past summer, the City of Columbus, Ohio, won the USDOT’s Smart City Challenge, a national competition to implement bold, data-driven ideas that demonstrate how advanced data systems and ITS can make transportation safer, easier, and more reliable. With the help of the USDOT, Columbus will help define what it means to be a “Smart City” and will become the country’s first city to fully integrate innovative technologies — self-driving cars, connected vehicles, and smart sensors — into their transportation network. And the challenge will extend far beyond this one city; Columbus will provide a foundation that other cities and regions can utilize to develop smarter, safer, and more efficient communities.

The connected vehicle pilot deployments, proposed rulemaking, and the Smart City Challenge are part of a much larger initiative to improve the future of transportation by moving toward a more intelligent and connected system. As we look toward this transportation revolution, we recognize that it was 25 years in the making. We invite you to celebrate with us by taking a journey through the History of ITS.

To discover more about the ITS JPO’s strategic vision, please visit: http://www.its.dot.gov/strategicplan/.

To learn more about the ITS JPO’s research, please visit: www.its.dot.gov.