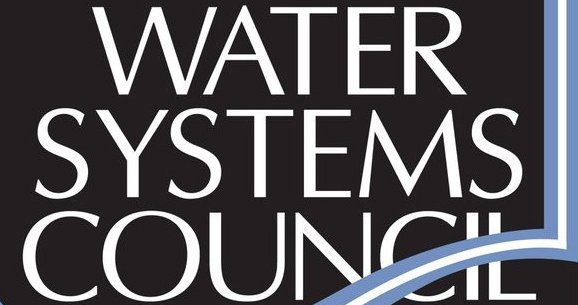 WASHINGTON, Dec. 20, 2016 – President Obama has signed the Water Infrastructure Improvements for the Nation (WIIN) Act into law, which includes provisions of the Water Supply Cost Savings Act championed by the Water Systems Council and other leading water well industry groups over the past three years.

Originally introduced in the 113th Congress on September 18, 2014, the Water Supply Cost Savings Act (“Savings Act”) was incorporated into the WIIN Act legislation earlier this year.  Over the past two years, the Water Systems Council and its members worked to build bipartisan support in both the House of Representatives and the U.S. Senate. With this strong bipartisan support, the Savings Act was added as a provision to the WIIN Act.

(a) Drinking Water Technology Clearinghouse.—The Administrator, in consultation with the Secretary of Agriculture, shall—

(1) develop a technology clearinghouse for information on the cost-effectiveness of innovative and alternative drinking water delivery systems, including wells and well systems; and

(2) disseminate such information to the public and to communities and not-for-profit organizations seeking Federal funding for drinking water delivery systems serving 500 or fewer persons.

(b) Water System Assessment.—In any application for a grant or loan for the purpose of construction, replacement, or rehabilitation of a drinking water delivery system serving 500 or fewer persons, the funding for which would come from the Federal Government (either directly or through a State), a unit of local government or not-for-profit organization shall self-certify that the unit of local government or organization has considered, as an alternative drinking water supply, drinking water delivery systems sourced by publicly owned—

(c) Report To Congress.—Not later than 3 years after the date of enactment of this Act, the Comptroller General of the United States shall submit to Congress a report that describes—

(1) the use of innovative and alternative drinking water delivery systems described in this section;

(2) the range of cost savings for communities using innovative and alternative drinking water delivery systems described in this section; and

(3) the use of drinking water technical assistance programs operated by the Administrator and the Secretary of Agriculture.

Water Systems Council leadership reacted to the news of the President’s signing the WIIN Act into law as follows:

Steve Anderson, WSC President:  “This new law will help rural and small communities across America significantly lower the total cost of providing clean drinking water to residents as well as provide new jobs. The fact that these communities can realize up to a 75% cost savings by using water wells vs. municipal pipeline systems demonstrates that we can cost-effectively meet our nation’s critical water needs while supporting domestic manufacturing and jobs.”

DeLancey W. Davis, Vice President, Franklin Electric; President, North American Water Systems: “The signing of the WIIN Act by President Obama is a major step in protecting the nation’s water resources and rebuilding its water infrastructure.  Franklin Electric has been a major advocate and active supporter in this pursuit for decades and we look forward to the implementation of the Water Supply Cost Savings Act, which will bring us much closer to solving rural America’s water needs.”

The Water Systems Council (WSC) is the only national, nonprofit organization solely focused on household wells and small water well systems. WSC is committed to ensuring that Americans who get their water from household private wells have safe, reliable drinking water and to protecting our nation’s groundwater resources.  For more information, visit watersystemscouncil.org.

Comments are disabled
NEXT ARTICLE
USDOT's ITS Joint Program Office Celebrates 25th Anniversary
December 20, 2016
PREVIOUS ARTICLE
Final Thoughts: The Tools Are Nothing Without the Engineer
December 19, 2016