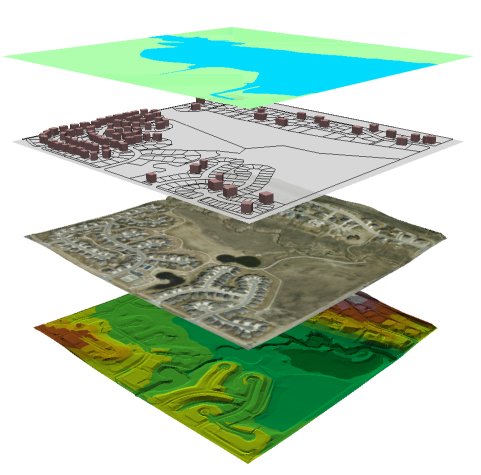 A team of scientists has produced an innovative new study of the environmental impact of major urban ecosystems, published in the April issue of the journal Ecological Applications.

The team includes Joseph P. McFadden and Jennifer Y. King, both of UC Santa Barbara’s Department of Geography. They analyzed environmental data gleaned from the “Twin Cities Household Ecosystem Project,” a study of 3,100 households in the cities of Minneapolis and St. Paul, Minn., and surrounding areas. The article is the first major paper to come out of the project.

The data analysis yielded a huge bank of interconnected information, with many applications. The results will be useful to a vast number of individuals and groups, including economists, engineers, hydrologists, transportation specialists, urban designers, political scientists, lawyers, environmental agencies and groups, NASA, and others. The results will help in the crafting of messages and designing of systems that will assist in preserving the environment, and possibly curbing climate change, the researchers said.

McFadden and King were recruited by UCSB’s Department of Geography from the University of Minnesota, where they began work on the Twin Cities project. The highly interdisciplinary nature of UCSB’s Department of Geography allows them to manage their part of the project with ease. “This may be the best place in the world for our part of this research,” said McFadden, the principal investigator at UCSB.

The researchers explained that the project is unique in both its scale and comprehensive approach to studying urban ecosystems. It covers the whole span of a major metropolitan region, from the city center to the “exurban” fringe, 34 miles out, across two counties.

“We measured an enormous range of different activities that make up each household’s impacts on the environment,” said McFadden. “All of those measurements were made on the same set of households at the same point in time. That allows us to see the connections between different household activities and impacts.”

The team researched such details as airplane and motor vehicle travel, paper and plastic use, recycling and waste disposal, household utility records, and on-site measurements of vegetation and landscape. “The resulting database is a treasure trove of information that can be mined to discover how the interplay of different factors — physical-biological, demographic, or social-psychological — determines the way that household ecosystems function,” said McFadden.

King’s specialty is biogeochemistry and her research focuses on understanding what controls the cycling of elements through the earth system. The overall goal of her work is to advance understanding of regional and global biogeochemical cycles and ecosystem processes.

King explained that the Twin Cities study is producing critically needed knowledge about how much material — such as carbon, nitrogen, and phosphorus — flows through households, and how people make choices about consumption, recycling, and waste. This provides the information base needed to develop better ways of reducing the environmental impacts of everyday household living. “With the findings of this study, we’ll be able to identify the actions that individuals and households can take to improve environmental quality — and reduce their contributions to soil, water, and air pollution,” said King.

McFadden’s research is aimed at understanding how vegetation affects the climate, air quality, and water cycling of cities and suburbs, and how this knowledge can be used to improve urban design and regional planning. On this project, McFadden uses satellite data, geographic information systems (GIS), and models to extrapolate from the 3,100 households in the metropolitan region.

Although the specific measurements taken in Minneapolis-St. Paul can’t be directly applied to all cities, the insights that researchers are gaining into how different factors influence people’s choices and ultimately their households’ effects on the environment, may apply broadly to other cities. King points out that the choices individuals make every day, such as the things people buy and the ways in which they travel, are important. The Twin Cities project represents a big leap forward in specifically measuring the impacts of these choices.

The National Science Foundation funded the study as part of the American Recovery and Reinvestment Act. UCSB received $500,000, and the University of Minnesota received $1 million.

Comments are disabled
NEXT ARTICLE
Ecosystem Management Must Consider Human Impact Too
May 8, 2012
PREVIOUS ARTICLE
City of Calgary Conducts an Energy Mapping Study
May 8, 2012