U.S. Environment Body EPA Says Fracking May Be Contaminating Groundwater After All 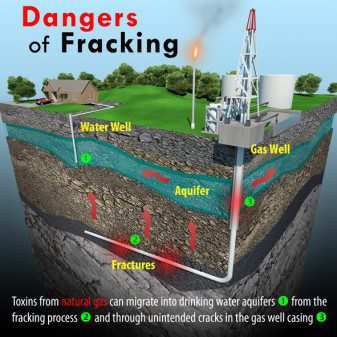 Stockholm, Sweden – The U.S. Environmental Protection Agency EPA today said activities in the hydraulic fracturing water cycle ‘can impact—and have impacted—drinking water resources’. The EPA’s latest findings are worrying in a world where the planet’s water resources are already under threat of contamination from multiple sources, according to Bluewater, a world leader in residential water purification.

“The EPA has reversed course on fracking since issuing a version of its study a year ago and appears to have backed away from a conclusion that there was no evidence that fracking contaminates water supplies,” said Bluewater spokesperson David Noble. He noted how the latest EPA report says it has found evidence that fracking does indeed cause contamination of drinking water due in part to the use of chemicals during the hydraulic fracturing process.

Dr. Thomas A. Burke, EPA’s Science Advisor and Deputy Assistant Administrator of EPA’s Office of Research and Development, described the report as “most complete compilation to date of national scientific data on the relationship of drinking water resources and hydraulic fracturing.”

The EPA study, called ‘Hydraulic Fracturing for Oil and Gas: Impacts from the Hydraulic Fracturing Water Cycle on Drinking Water Resources in the United States’, identified cases of impacts on drinking water at each stage in the hydraulic fracturing water cycle. Impacts cited in the report generally occurred near hydraulically fractured oil and gas production wells and ranged in severity, from temporary changes in water quality, to contamination that made private drinking water wells unusable.

EPA’s final assessment benefited from extensive stakeholder engagement with states, tribes, industry, non-governmental organizations, the scientific community, and the public. This broad engagement helped to ensure that the final assessment report reflects current practices in hydraulic fracturing and uses all data and information available to the agency.

EPA said its new report advances the science. The understanding of the potential impacts from hydraulic fracturing on drinking water resources will continue to improve over time as new information becomes available, according to EPA.

For a copy of the study, visit www.epa.gov/hfstudy.