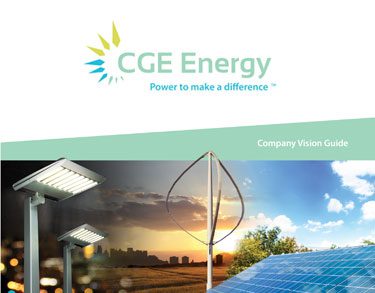 Having $0 invested with CGE Sustain, Garden City DDA was able to turn wasted energy expenses into a positive cash flow of over $20,000 over the next 10 years.

According to Kim Dold, Executive Director of Garden City DDA, the DDA has wanted to upgrade Garden City’s downtown lighting for some time, as their existing streetlight’s lens covers have been discontinued and they have had increasing maintenance issues. Dold explained, “It got to the point where a dozen lights would be out, and no sooner than repairing those, the following week we’d have three more out.”

The DDA looked into traditional bank loans and issuing a bond to upgrade their streetlights, but neither properly addressed their needs. “We would have eventually done the project, but probably not for a couple more years,” said Dold. “The Sustain program made it possible to enhance the look of the downtown area immediately, which helps contribute to Garden City’s economic growth.”

With the CGE Sustain program, CGE Energy’s team was able to upgrade streetlights along Ford Road and Middlebelt Road to energy efficient LED, conserving over 50% of energy usage. CGE Energy also sourced new, custom designed lenses to replace the discontinued models. All ongoing maintenance and repair of the streetlighting is also included in the program.

With no upfront cost or new bond needed, Garden City’s utility bill is reduced each month, energy savings fully pay for the Sustain program, and the excess savings can be reinvested by the DDA to make further improvements within the district. “Saving on energy expenses is money that can be spent on other projects in the downtown,” concluded Dold.

Before and after pictures and a case study of Garden City DDA’s Sustain project is available on CGE Energy’s website, http://www.cgeenergy.com/.

The Garden City DDA was established by the city of Garden City in 1983 to enhance the quality of life for Garden City residents through revitalization of the downtown district. The DDA’s operating philosophy is built upon the principle that strengthening a core area benefits the entire community, improving property values not only in the core district, but throughout the community.
http://gcdda.com/

Comments are disabled
NEXT ARTICLE
Launch of the First Startup Dedicated to the Creation of Industrial Water Treatment Plants
December 14, 2016
PREVIOUS ARTICLE
Dewberry Announces the Promotion of Keith Ludwig
December 14, 2016