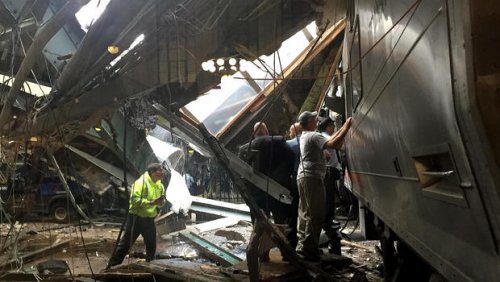 Parul Dubey on December 7, 2016 - in Transportation

Federal regulators want all passenger train operators in the U.S. tested for sleep apnea after the engineer in September’s deadly New Jersey commuter train crash was found to have the dangerous, fatigue-inducing disorder.

The Federal Railroad Administration issued a safety advisory Friday calling for mandatory sleep apnea screening and treatment. It told railroads that engineers with severe sleep disorders shouldn’t be allowed to operate trains until they are treated.

People with the disorder are repeatedly awakened and robbed of rest as their airway closes and their breathing stops, leading to dangerous daytime drowsiness.

The federal agency first recommended sleep apnea testing in 2004. It’s in the process of drafting rules that would make screening for all train operators mandatory.

In the Friday advisory, the agency also urged railroads to install inward-facing cameras in passenger train cabs to record engineers’ actions and aid crash investigations, and recommended railroads take steps to ensure engineers abide by speed limits, particularly in stations where tracks end at a platform.

The FRA said railroads should review passenger train speed data for violations and modify train control and signaling systems to warn engineers of speeding and stop trains before they run through the end of the tracks.

Both passenger and freight rail traffic already face a December 2018 deadline to install positive-train control, GPS-based technology designed to automatically slow or stop trains that are going too fast. Regulators say the system can take over control of a train when an engineer is distracted or incapacitated.

One woman was killed and more than 100 people were injured when a New Jersey Transit train slammed into Hoboken Terminal at double the 10 mph speed limit Sept. 29.

Data recorder in N.J. train crash located, but more information needed
Engineer Thomas Gallagher, 48, told investigators he felt fully rested when he reported to work. He said he had no memory of the crash and only remembered waking up on the floor of the cab.

Gallagher had passed a physical in July and wasn’t diagnosed with severe sleep apnea until after the crash, his lawyer, Jack Arsenault, said.

Sleep apnea also went undiagnosed in the engineer of a Metro-North commuter train that sped into a 30 mph curve at 82 mph and crashed in New York City in 2013, killing four people. The engineer, William Rockefeller, had fallen asleep at the controls.

Rockefeller sued Metro-North on Thursday, blaming the railroad for failing to install the positive-train control system that would’ve stopped the train while he nodded off. Metro-North said it does not comment on pending litigation.