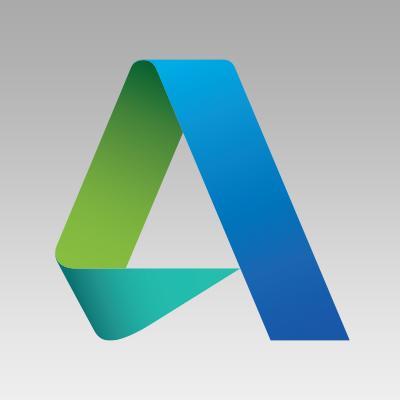 “We are pleased with our results for the quarter, which were driven by strong growth in product subscription,” said Carl Bass, Autodesk president and CEO. “This was the first quarter of selling only subscriptions, a significant milestone in our business model transition. We also had a record-breaking quarter for cloud subscription additions, driven by continued momentum of BIM 360 and Fusion 360. Coupled with diligent cost control, we continue to progress steadily to our fiscal year 2020 goals.”

As a reminder, during the business model transition, revenue has been and will be negatively impacted as more revenue is recognized ratably rather than up front and as new product offerings generally have a lower initial purchase price. As part of the business model transition, Autodesk discontinued new perpetual license sales for most individual products at the end of the fourth quarter of fiscal 2016 and for suites at the end of the second quarter of fiscal 2017.

The following are forward-looking statements based on current expectations and assumptions, and involve risks and uncertainties some of which are set forth below under “Safe Harbor Statement.” Autodesk’s business outlook for the fourth quarter and full year fiscal 2017 assumes, among other things, a continuation of the current economic environment and foreign exchange currency rate environment. A reconciliation between the fiscal 2017 GAAP and non-GAAP estimates is provided below or in the tables following this press release.

(1) Non-GAAP earnings per diluted share excludes $0.27 related to stock-based compensation expense, between $0.17 and $0.14 related to GAAP-only tax charges, $0.07 for the amortization of acquisition-related intangibles, and $0.04 related to restructuring charges and other facility exit costs.

(1) Excluding the impact of foreign currency exchange rates and hedge gains/losses, revenue guidance would be $2,045 – $2,065 million.

(3) Non-GAAP earnings per diluted share excludes $1.00 related to stock-based compensation expense, between $0.49 and $0.46 of GAAP-only tax charges, $0.36 related to restructuring charges and other facility exit costs, and $0.31 for the amortization of acquisition-related intangibles.

Autodesk will host its third quarter conference call today at 5:00 p.m. ET. The live broadcast can be accessed at http://www.autodesk.com/investor. Supplemental financial information and prepared remarks for the conference call will be posted to the investor relations section of Autodesk’s website simultaneously with this press release.

A replay of the broadcast will be available at 7:00 p.m. ET at http://www.autodesk.com/investor. This replay will be maintained on Autodesk’s website for at least 12 months.

Annualized Recurring Revenue (ARR): Represents the annualized value of our average monthly recurring revenue for the preceding three months. “Maintenance ARR” captures ARR relating to traditional maintenance attached to perpetual licenses. “New Model ARR” captures ARR relating to new model subscription offerings. Recurring revenue acquired with the acquisition of a business may cause variability in the comparison of this calculation.

ARR is currently one of our key performance metrics to assess the health and trajectory of our business. ARR should be viewed independently of revenue and deferred revenue as ARR is a performance metric and is not intended to be combined with any of these items.

Constant Currency (CC) Growth Rates: We calculate constant currency growth rates by (i) applying the applicable prior period exchange rates to current period results and (ii) excluding any gains or losses from foreign currency hedge contracts that are reported in the current and comparative periods.

This press release contains forward-looking statements that involve risks and uncertainties, including statements in the paragraphs under “Business Outlook” above, other statements about our short-term and long-term goals, statements regarding the impacts and results of our business model transition, expectations regarding the transition of product offerings to subscription and acceptance by our customers and partners of subscriptions, expectations for subscriptions, ARR and free cash flow, and other statements regarding our strategies, market and product positions, performance, and results. There are a significant number of factors that could cause actual results to differ materially from statements made in this press release, including: failure to achieve our revenue and profitability objectives; failure to successfully manage transitions to new business models and markets, including the introduction of additional ratable revenue streams and our continuing efforts to attract customers to our cloud-based offerings and expenses related to the transition of our business model; difficulty in predicting revenue from new businesses and the potential impact on our financial results from changes in our business models; general market, political, economic and business conditions; any imposition of new tariffs or trade barriers; the impact of non-cash charges on our financial results; fluctuation in foreign currency exchange rates; the success of our foreign currency hedging program; failure to control our expenses; our performance in particular geographies, including emerging economies; the ability of governments around the world to meet their financial and debt obligations, and finance infrastructure projects; weak or negative growth in the industries we serve; slowing momentum in subscription billings or revenues; difficulties encountered in integrating new or acquired businesses and technologies; the inability to identify and realize the anticipated benefits of acquisitions; the financial and business condition of our reseller and distribution channels; dependence on and the timing of large transactions; failure to achieve sufficient sell-through in our channels for new or existing products; pricing pressure; unexpected fluctuations in our tax rate; the timing and degree of expected investments in growth and efficiency opportunities; changes in the timing of product releases and retirements; and any unanticipated accounting charges.

Further information on potential factors that could affect the financial results of Autodesk are included in Autodesk’s Annual Report on Form 10-K for the fiscal year ended January 31, 2016 and Quarterly Report on Form 10-Q for the fiscal quarter ended July 31, 2016, which are on file with the U.S. Securities and Exchange Commission. Autodesk disclaims any obligation to update the forward-looking statements provided to reflect events that occur or circumstances that exist after the date on which they were made.

Autodesk makes software for people who make things. If you’ve ever driven a high-performance car, admired a towering skyscraper, used a smartphone, or watched a great film, chances are you’ve experienced what millions of Autodesk customers are doing with our software. Autodesk gives you the power to make anything. For more information visit autodesk.com or follow @autodesk.

Autodesk, AutoCAD, AutoCAD LT, BIM 360 and Fusion 360 are registered trademarks of Autodesk, Inc., and/or its subsidiaries and/or affiliates in the USA and/or other countries. All other brand names, product names or trademarks belong to their respective holders. Autodesk reserves the right to alter product and service offerings, and specifications and pricing at any time without notice, and is not responsible for typographical or graphical errors that may appear in this document.

(1) As Autodesk elected to early adopt ASU 2016-09 in the second quarter of fiscal 2017, we are required to reflect any adjustments as of February 1, 2016, the beginning of the annual period that includes the interim period of adoption. As a result of recording forfeitures as they occur, our stock based compensation expense decreased by $5.3 million for the three months ended April 30, 2016. Incorporating these non-cash, GAAP only, revisions results in a GAAP net loss of $167.7 million, and a GAAP diluted net loss per share of $0.75 for the three months ended April 30, 2016, which is reflected in the results for the nine months ended October 31, 2016 above.