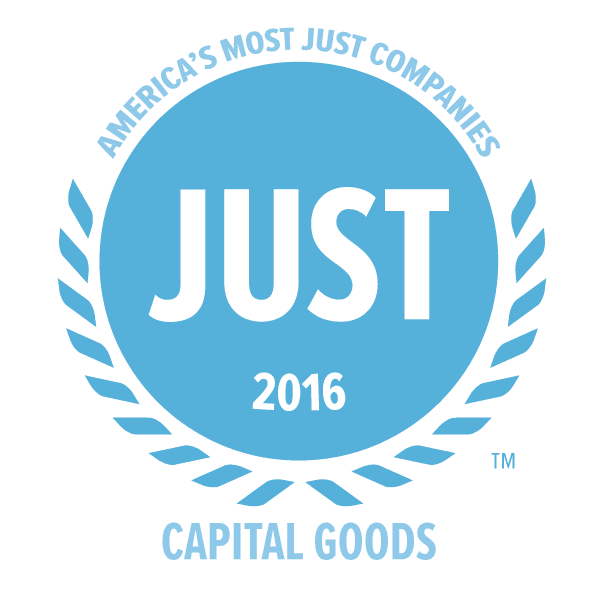 IRVING, Texas (November 30, 2016) –Fluor Corporation (NYSE: FLR) announced today that it was named to the inaugural Forbes JUST 100 list. Fluor was also ranked as the most just company in the Capital Goods category.

“We are honored to make the Forbes inaugural JUST 100 list of top companies,” said David Seaton, chairman and CEO of Fluor. “The recognition reaffirms the values that have contributed to Fluor’s 100-plus year global legacy and why we are recognized as an employer of choice in our industry.”

The Forbes JUST 100 list is the first-ever annual ranking of how America’s top companies perform on the issues Americans care most about according to Forbes. The list was compiled through one of the largest surveys ever conducted on attitudes towards corporate behavior involving 50,000 Americans over the last 18 months.

Forbes worked with the Independent Research Organization NORC at the University of Chicago and with JUST Capital, an independent nonprofit 501(c)(3), founded in 2013. JUST Capital is considered to be the definitive source of information and rankings on how large publicly-traded corporations measure up against the American people’s definition of just business behavior.

The top six issues ranked highly by the public include the following: providing fair pay for industry and job level; non-discrimination in hiring, firing and promotion practices; providing a safe workplace; following laws and regulations; respecting workers; and creating jobs in the U.S. Each company’s score was weighted to reflect the overall priorities of the American public. JUST Capital’s full methodology is available online at www.justcapital.com/methodology as both an interactive guide and a comprehensive report.

The complete list of winners can be found at www.forbes.com/just100. The inaugural list will appear in Forbes magazine’s December 20, 2016 issue.

Fluor Corporation (NYSE: FLR) is a global engineering, procurement, fabrication, construction and maintenance company that designs, builds and maintains capital-efficient facilities for its clients on six continents. For more than a century, Fluor has served our clients by delivering innovative and integrated solutions across the globe. With headquarters in Irving, Texas, Fluor ranks 155 on the FORTUNE 500 list with revenue of $18.1 billion in 2015 and has more than 60,000 employees worldwide. For more information, please visit www.fluor.com or follow us on Twitter @FluorCorp.