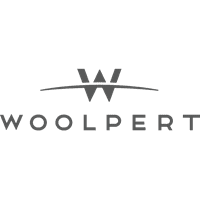 Rehabilitation of the first of the two Monroe County projects, the Foraker Covered Bridge, was completed in late October. The bridge was built in 1886 over the Little Muskingum River on Plainview Road (County Route 40).

Ron Mattox, Woolpert’s director of road and bridge design, said repair was needed because the structure had begun to sag about 11 inches over its 92-foot span.

“We created detailed plans to bring the superstructure elevation up to the proper camber, which gives a bridge a little bit of rise in the middle so it functions better,” Mattox said. “The Righter Co. did the construction for the project. They found the quality of the last rehab was poor and basically tore the bridge apart where they needed to and got it to a great place.”

Righter has performed more than 50 covered bridge renovations and rebuilds, as well as a handful of new builds, since 1996.

“It takes special knowledge and experience to work on covered bridges,” said Brad Nadolson, Righter president. “We’ve redone multiple projects that were done by people who hadn’t done them before.”

Woolpert’s design for the Knowlton Covered Bridge is set to get underway after the first of the year. Built in 1887, it is the state’s second longest historic covered bridge.

James Fleeman, Monroe County assistant engineer, said the Knowlton Covered Bridge is much more complex than the king post design of the Foraker.

“Knowlton is composed of a three-span superstructure,” Fleeman said. “That incorporates not only the traditional king post design, but tied timber arches in the middle span, which are unique to the structure.”

Mattox, who has worked on more than 30 covered bridges, said timber bridges like Knowlton are highly specialized and require knowledge of the material.

“It’s not like steel at all. It’s susceptible to bugs, rot, temperature changes, moisture, etc.,” Mattox said. “And these structures don’t even have the steel plates and big bolts of modern bridges—they use mortise and tenon joints. It’s timber framing at its best.”

Monroe County applied for and secured state and federal grants earmarked for covered bridges for the Foraker and Knowlton reconstruction projects. Woolpert worked with the county on this funding by performing preliminary inspections, and preparing basic rehab drawings and a rehab estimate.

Woolpert currently is working with the FHWA via ODOT on a project that addresses the roughly 100 historic covered bridges throughout the state.

The first part of the project would develop alternatives for fire protection and security preservation.

The second part of the project would promote state history and tourism by placing a bar code at historic covered bridges that can be scanned by cell phones, relaying the individual history of each bridge.

The state is paying 95 percent of this project, and asking bridge owners to pay 5 percent. Options for obtaining the 5 percent will be investigated. Woolpert is partnering with Jones-Stuckey Ltd., a division of Pennoni Associates, to help the state in this effort.

Mike Killilea, Righter project manager, said these projects are important because covered bridges are part of the fabric of our society.

“People often share stories about growing up climbing around these bridges and swimming below them—and so many weddings and proposals happen there,” he said. “Covered bridges are not only a big part of the state’s history, but a big part of people’s own history as well.”

Woolpert is a national architecture, engineering and geospatial (AEG) firm that delivers value to clients by strategically blending engineering excellence with leading-edge technology and geospatial applications. With a dynamic R&D department, Woolpert works with inventive business partners like Google; operates a fleet of planes, sensors and unmanned aerial systems (UAS); and continually pushes industry boundaries by working with advanced water technologies, asset management, Building Information Modeling (BIM) and sustainable design. Woolpert’s mission is to help its clients progress—and become more progressive. For over 100 years and with 23 offices across the United States, Woolpert serves the needs of federal, state and local governments; private and public companies and universities; energy and transportation departments; and the United States Armed Forces. The firm currently is doing business in all 50 states and in five foreign countries. For more information, visit woolpert.com or call 937-531-1258.