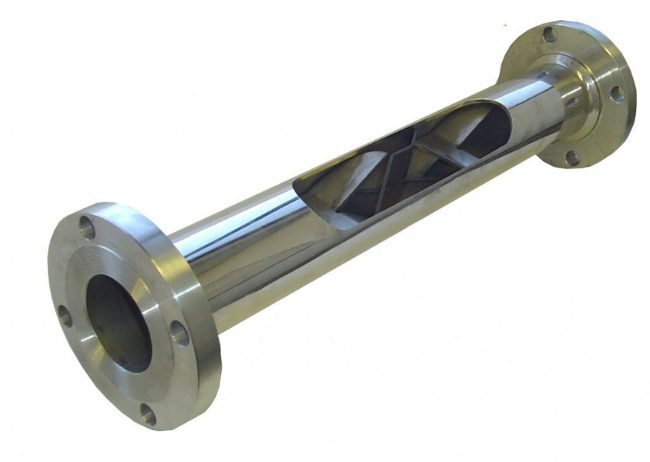 Komax Systems has long offered their Triple Action Static Mixer to a number of different industries, and with good reason. It’s as versatile as it is powerful. With the constant calls for new desalination plants all over the world, Komax is showing its potential in this key area of water treatment.

Is Desalination the Answer?

From the California drought to dry water scarce regions of Africa and, Saudi Arabia etc., desalination technology is getting a long, hard look these days. It seems the need for water throughout the world is becoming more serious on a daily basis, and many believe desalination is the only viable answer.

The UN has been predicting that there will be an intense water scarcity over the next several decades. “While we understand the difficulties behind the idea of desalination, what we do know is this – our Triple Action Static Mixer is one of the single best additions a new desalination plant can make,” said Sameer Kshirsagar/Sr. Applications Specialist.

How Does It Work?

In the case of desalination, the Triple Action Static Mixer is specifically designed to give plants the needed equipment to help with the chemical addition phase of the process. Custom configurations are available, and they can come with many different options to meet the needs of any plant. Downstream centrifugal effects aren’t a problem with this mixer thanks to the flow straightener that’s built right in, which means you can place sensing probes directly downstream.

Whether desalination is the answer to the world’s water issues is hard to say at this point. What isn’t difficult to say, though, is that Komax is ready to help start-up desal plants with the technology they need to create success.