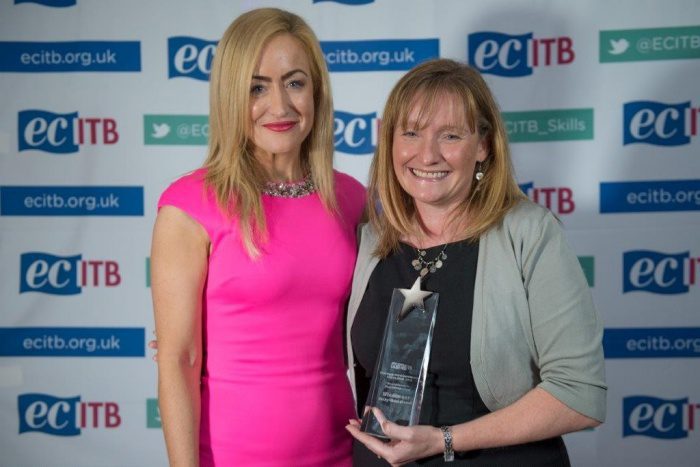 Amec Foster Wheeler announces today that four of its employees have been honoured in the Engineering Construction Industry Training and Development Awards.

Nicky Mason won the Women in Engineering Award and Heather Smith was named National Apprentice of the Year at a ceremony in Manchester, UK.

Heather Smith joined Amec Foster Wheeler in 2012 as a trainee structural designer. She has worked on a range of complex structures where her ability to efficiently complete her work to a high standard helped Amec Foster Wheeler to maintain its delivery of excellent solutions to customers’ challenges. She has been representing Amec Foster Wheeler at Skills Scotland events where she explains to young people how to embark on careers in engineering design.

Lewis Hadaway was highly commended in the Trade Apprentice category. He recently completed his training as an apprentice project controller in the Engineering Development department of Amec Foster Wheeler’s Clean Energy business. He developed a way of presenting reports which allowed other project controllers to more efficiently manage the time bookings on their project. The reports are in an easy-to-understand format and take much less effort to produce.

Georgia Grimmer, who was highly commended in the Improver of the Year category, joined Amec Foster Wheeler as a technical assistant in 2012, when she was in the second year of a six-year part-time mechanical engineering course at university. At the time, Georgia had no prior experience in industry and was working in a project administration role. She graduated with first class honours this year and is now a piping engineer in Glasgow, where her contribution has been invaluable to the success of the projects she has worked on.