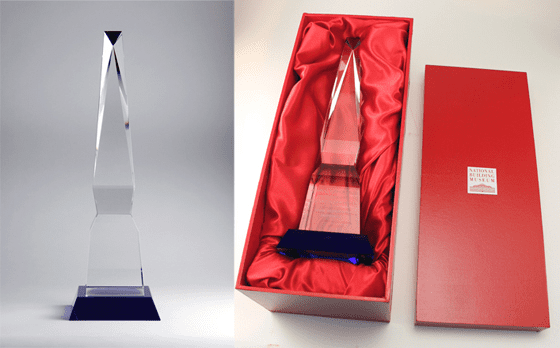 Parul Dubey on October 24, 2016 - in Awards, Lifecycle
Future City is recognized for its 25 year commitment to hands-on problem solving and educational advancement in engineering as well as their dedication to increasing diversity in engineering and construction disciplines. Future City will receive the Prize at the Turner Innovation Summit in Philadelphia on November 2, 2016.

Turner Construction Company and the National Building Museum are pleased to announce that DiscoverE’s Future City Competition will receive the 2016 Henry C. Turner Prize for Innovation in Construction.

Turner established the prize and accompanying $25,000 honorarium at the National Building Museum to recognize an advance or high achievement and exemplary leadership in the construction industry.

Future City was selected for their dedication to inspiring and developing a passionate, informed, and STEM-literate (Science, Technology, Engineering and Math) workforce for the 21st century—an ever-more diverse and inclusive pool of designers, engineers, and builders to lead the architecture, engineering, and construction industry into the future. For example, of the 40,000 students who participate in the Future City Program, nearly half are girls, 30 percent are minority students, and 33 percent are students from Title I schools.

The program engages students in creative and technical processes through which they imagine, design, and build cities of the future, tackling contemporary construction and sustainability challenges along the way, from managing storm water to generating green energy. The competition’s 2017 challenge, The Power of Public Space, asks students to design a Future City that includes a network of innovative, multi-use public spaces that serve their city’s diverse population.

“Engineers solve the world’s problems and the Future City Competition is doing their part to encourage students to make the built environment—and in turn, the world—a better place,” said Chris McFadden, Turner vice president and member of the prize jury. “The program is also strongly aligned with Turner’s own goals for education, which makes it a natural fit. Future City connects with an incredibly diverse range of students, providing the kind of exciting, hands-on experiences, resources, and mentorship that can make the difference between a student pursuing education a STEM career or not. We’re proud to support and elevate the great work Future City is doing by presenting them with the Turner Prize.”

The prize will be presented by Peter J. Davoren, president and chief executive officer of Turner Construction, and Chase W. Rynd, president and executive director of the National Building Museum, at the Turner Innovation Summit in Philadelphia, November 2, 2016. The event will include a panel discussion and a student presentation.

“The Future City Competition is just one of the programs that make DiscoverE a national leader in educating the next generation of engineers and builders,” said Chase W. Rynd. “This well-deserved prize will reinforce their targeted efforts and allow them to broaden and deepen their engagement with students.”

“DiscoverE is deeply committed to ensuring that our programs are accessible to all students, regardless of gender, socio-economic status or background. The Turner Prize will greatly enhance our ability to serve this diverse spectrum of students,” said Leslie Collins, executive director of DiscoverE. “Through these kinds of transformative collaborations with our partners, we are able to enhance our mission to develop the next generation of engineer innovators, spark the imaginations of middle schoolers, and open their eyes to the potential of the engineering profession.”

Future City is the 14th recipient of the Turner Prize, which has been awarded in the past to The Council on Tall Buildings and Urban Habitat, the Engineering Department at Pennsylvania State University, Leslie Robertson, I.M Pei, Charles DeBenedittis, The U.S. Green Building Council, Paul Teicholz, Gehry Partners and Gehry Technologies, Charlie Thornton, Engineers Without Borders – USA, Society of Women Engineers, and the Lean Construction Institute.

About DiscoverE and Future City
DiscoverE is leading a growing volunteer movement that inspires and informs present and future generations to discover engineering. Our network of volunteers in the US and abroad is drawn from the DiscoverE coalition of more than 100 professional societies, major corporations and government agencies. Together we meet a vital need: introducing students, parents, and educators to engineering, engaging them in hands-on engineering experiences and making science and math relevant. For more information, visit www.discovere.org.

Future City is a project-based learning program where students in 6th, 7th, and 8th grades imagine, research, design, and build cities of the future. The Future City Program serves over 40,000 students annually throughout the United States and abroad. The program proudly supports a great number of underserved communities. Students repeatedly report that the program increases their motivation and excitement about STEM (Science, Technology, Engineering, and Math). In addition, students and teachers report a marked improvement in students’ 21st Century skills.

About the National Building Museum
The National Building Museum is America’s leading cultural institution dedicated to advancing the quality of the built environment by educating people about its impact on their lives. Through its exhibitions, educational programs, online content, and publications, the Museum has become a vital forum for the exchange of ideas and information about the world we build for ourselves. Public inquiries: 202.272.2448