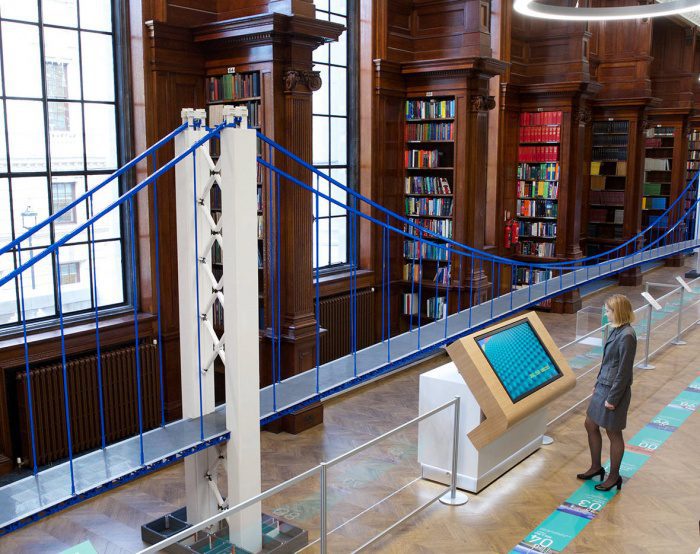 AECOM engineer Dr Robin Sham has designed a Guinness World Record-breaking suspension bridge made entirely out of LEGO. The 31 metre long bridge is at the centre of a new exhibition that celebrates the civil engineers who have created some of the world’s greatest bridges. The Bridge Engineering exhibition at the Institution of Civil Engineers (ICE) in London opens today for a six-month period.

The exhibit demonstrates the complex challenge of creating such a vast suspension bridge using only the materials that you would find in a child’s LEGO toy box. The bridge stands over three metres tall and spans more than 30 metres – almost the equivalent of three London Routemaster buses parked end to end. The structure weighs three-quarters of a ton and is made up of over 200,000 individual plastic bricks.

Dr Robin Sham, Global Long Span and Speciality Bridges Director, AECOM, said: “Bridges connect people and places, both physically and emotionally. The ICE’s visionary LEGO Bridge project connects civil engineers with the public, demonstrating the monumental accomplishments of civil engineering. Using familiar LEGO bricks to demystify and showcase the extraordinary feats of engineers, I hope the next generation will be inspired to consider engineering as a career.”

Bridge Engineering explains how bridges have transformed lives and gives an insight into the creative minds of the civil engineers who designed and delivered them. Made possible with the support of leading UK engineering and construction companies, including AECOM, Bridge Engineering tells the human, social and engineering story of bridge building and demonstrates the value that infrastructure delivers to communities around the world. 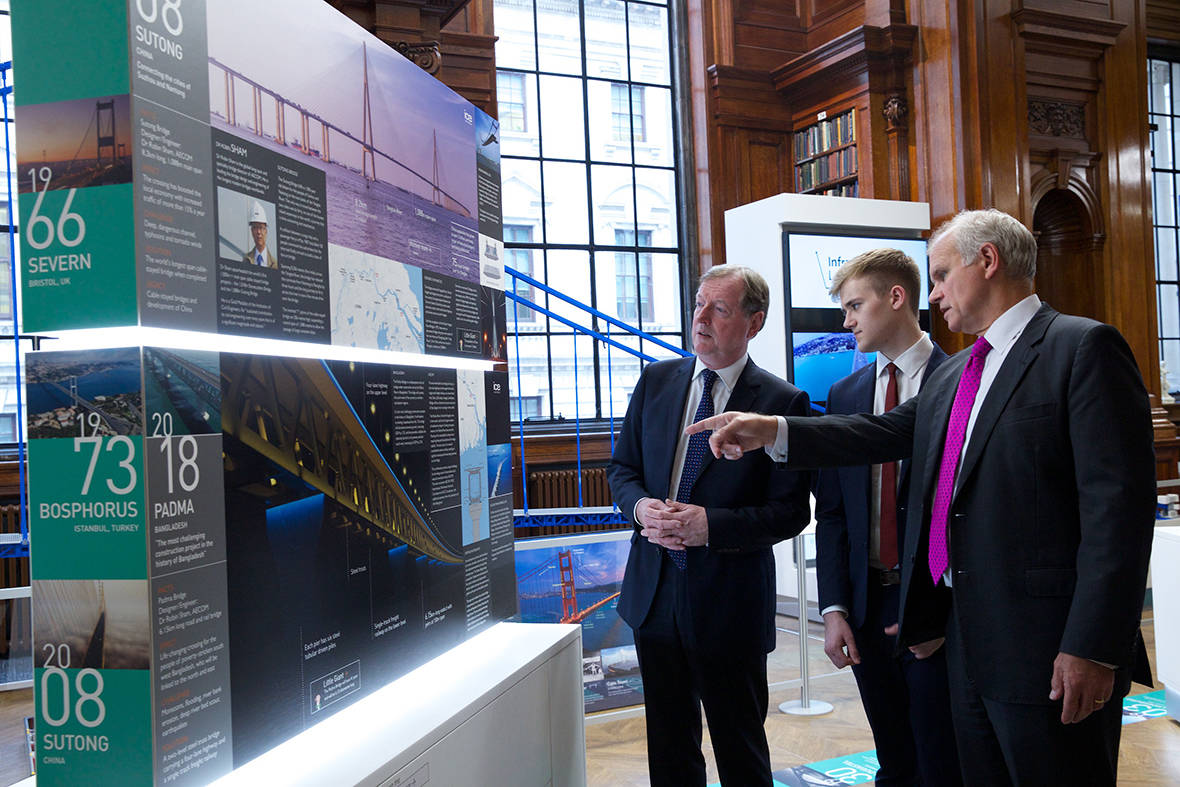 The exhibition guides visitors on a tour of past great structures such as Thomas Telford’s classic Menai Strait suspension bridge, modern masterpieces including the 50 year old Severn Bridge, and transformational structures of the future such as Scotland’s famous Queensferry Crossing. An interactive zone allows visitors and children to become civil engineers for the day by constructing their own bridges. Bridge Engineering marks the start of a five-year programme of infrastructure-focused exhibitions at ICE’s One Great George Street home in Westminster.