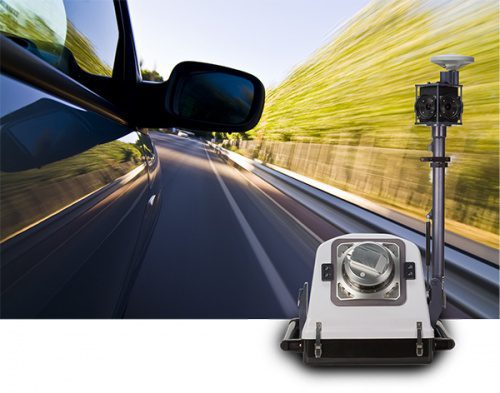 Teledyne Optech is happy to announce the release of the Optech Lynx HS-600 mobile lidar scanner. Available in single- and dual-sensor configurations, the HS-600 is a major step forward for collecting uniform lidar data from high-speed platforms.

The HS-600 model is an addition to the Lynx product line and complements the industry-leading Optech Lynx SG and SG-S models by providing an incredible 1200 lines/second scanner speed on the dual-sensor version. This, combined with a 1.6-MHz collection rate, Optech LMS Pro processing software, and Teledyne Optech’s commitment to optimum accuracy, ensure that mobile survey-grade lidar data can be collected at very high resolution even at high vehicle speeds.

“The bottleneck to high-resolution lidar data at vehicle speeds over 40 km/h is not the laser measurement rate,” said Ana Kersting, Product Manager at Teledyne Optech. “Focusing on high laser measurement rates will not add data where it is currently lacking. Instead, maintaining a uniform point distribution on the target depends mainly on the scanner speed. With the Lynx HS-600 we took the Lynx SG’s 300 lines/second per sensor, which was already the fastest in the industry, and doubled it to a blistering 600 lines/second per sensor, delivering a dramatic increase in effective resolution. This development isn’t a bell or whistle — it will have a tangible impact on operations and open more application possibilities by letting surveyors collect ultra-dense and uniform data while driving at highway speeds.”

Find out more at www.teledyneoptech.com.