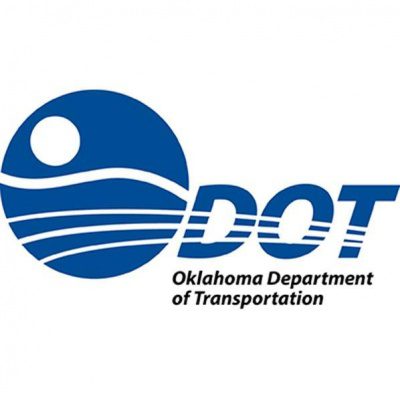 Parul Dubey on October 6, 2016 - in Transportation

Major improvements have been made to Oklahoma’s highways and bridges through the Oklahoma Department of Transportation’s Eight-year Construction Work Plan, however; much work remains to address the backlog of transportation needs and the demands of a growing population and traffic. At its Monday, Oct. 3 meeting, the Oklahoma Transportation Commission approved ODOT’s Eight-year Construction Work Plan for Federal Fiscal Years 2017-2024, which includes nearly $6.4 billion in federal and state funding for more than 1,600 highway and bridge projects statewide. The $466 million Asset Preservation Plan for State Fiscal Years 2017-2020, which includes preventative maintenance and accessibility projects, was also presented.

“Just over a decade ago, Oklahoma had some of the worst bridges in the nation and no funding solution for our major highway needs or asset preservation,” Executive Director Mike Patterson said. “We have seen great progress and major improvements in recent years, but the budget challenges facing the state mean ODOT will be unable to maintain the pace of progress.”

State revenue shortfalls and budget cuts in the last year made rebalancing of the Eight-year Plan a very difficult task. In the SFY 2017 state budget, a total of $323 million in cuts were made to state highway funding, with ODOT given the ability to sell $200 million in bonds to partially offset the cuts. While ODOT worked diligently to keep as many previously planned projects on schedule as possible, budget cuts meant that fewer new projects could be added to the later years of the Eight-year Plan.

Major construction projects scheduled over the next eight years include:

A full list and map of highway projects in ODOT’s Eight-Year Construction Work Plan and Asset Preservation Plan can be viewed at www.odot.org under Programs and Projects. Other ODOT programs include support for community bicycle and pedestrian improvements, local government road projects, public transit, rail and waterways.

The Asset Preservation Plan for SFY 2017-2020 was also presented with the Eight-year Plan. This program contains preventative maintenance projects to extend the life of highways and bridges. Asset preservation projects include pavement resurfacing and rehabilitation and bridge rehabilitation, painting and joint-sealing. The $466 million plan has 411 projects addressing 164 bridges and nearly 1,300 miles of pavement. For the first time, the plan also features 45 projects to improve highways to Americans with Disabilities Act standards with curb ramps, traffic signal push buttons for pedestrians, crosswalks and sidewalks.

Since being first implemented in its current format in 2003, ODOT’s Eight-year Plan has focused on addressing the state’s greatest transportation needs in a transparent, accountable and businesslike manner. The project selection process is very rigorous, as transportation commissioners work with ODOT’s field division engineers and staff to identify the most critical highway and bridge projects and create a balanced statewide plan with anticipated federal and state funding. Each year, the plan is updated to reflect project completions, adjustments in projected revenue and changes in construction costs. As the previous fiscal year comes off of the plan, another year is added based on forecasting of available funding.