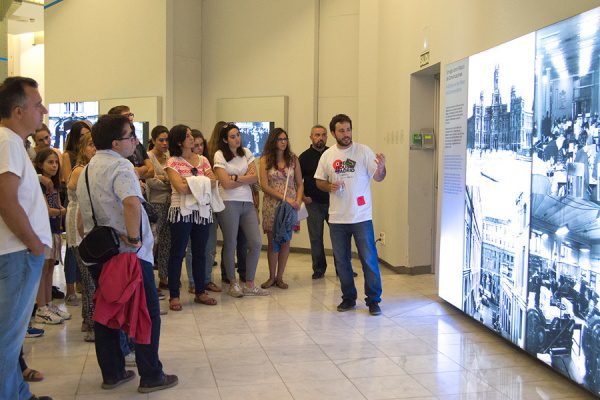 The second edition of Open House showcased some of the most emblematic buildings in Madrid and attracted 35,000 participants.

As part of the celebration of the “Architecture Week” this architecture festival included more than 100 buildings that opened their doors for the occasion. Arup took part in this event showcasing its creative force behind some of the most iconic buildings in this city.

The ‘Arup Route’ was once again included in the activities, where more than 600 visitors had the chance to discover cultural buildings such as The Westin Palace Hotel, Museo Nacional del Prado, La Casa Encendida or the Zara store in 23 Serrano street. The route also included some buildings by architect Antonio Palacios, the Palace of Communications and la Casa Palazuelo, the Arup headquarters in Madrid.

“Many of these monumental buildings are closely linked to the history of the city and also to our history. Throughout these 20 years, we have worked on many of them and, through our design, have helped shape buildings that constitute the identity of Madrid.”