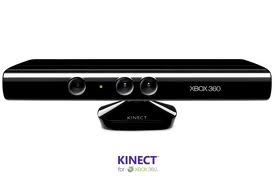 The new SCENECT app from FARO turns the popular Microsoft Kinect into a genuine 3D scanner. The same goes for Asus’ Xtion PRO LIVE. FARO is well-known as a specialist in portable measuring technology and special software solutions. On the basis of its proprietary scan processing software – SCENE – the company has now developed a new app transforming data from popular motion sensors into 3D models suitable to use in various applications.

Kinect and Xtion PRO LIVE are used to control computer games through the player’s own body movements. The SCENECT app takes the colour images captured by the devices and joins these together to form a complete 3D model. To do this, it also utilises the depth information supplied by the devices. Using this technology, everyday objects, rooms and figures can be scanned – and it even works on people. Basically there are no limits to users’ creativity in their choice of objects to scan. All three-dimensional, stationary objects can be scanned at a distance of 0.8 to 2.5 metres. Dimensions can be taken directly in the three-dimensional data models. Additionally, scans can be exported in various file formats to other software such as CAD programs. It opens almost unlimited possibilities in the 3D scene – for example, in applications including video games, graphic design, visual art, model-making and even 3D printing.

Scans are easy to make with the portable motion sensors. First of all, the motion sensor is connected to a PC or laptop with the SCENECT app. Once the scanning process has started, the Kinect or Xtion device is guided slowly along or around an object. The motion should be constant and steady when doing this to ensure that the colour and depth information is captured. The measuring points form the basis for what is known as a point cloud. During scanning, the SCENECT software always displays a video on the monitor to show what the Kinect or Xtion device is currently capturing. On the display, coloured markings indicate the quality of individual scanning points in the field of vision, thereby helping to capture data as effectively as possible. At the same time, the 3D point cloud for the object is generated and is immediately visible in the other half of the window, allowing the progress of the scan to be observed at all times. An additional status manager also documents the scan process and uses a coloured field to indicate the overall quality of the scan, which is dependent on the point quality and the scanning speed. In the 3D view available in SCENECT, users can use their mouse and keyboard to turn around inside the room and to view the object from all sides.

This inexpensive version of a 3D scanner (using the SCENECT app and popular motion sensors) allows virtually everything to be captured in three-dimensional data models and to use them in digital applications. In addition, generated 3D models of objects or persons can be converted into so-called meshed models with dedicated software and printed out in 3D, using state-of-the-art printing methods to produce detailed models, sculptures and busts which can be produced quickly and easily. The innovative technology gives users who are interested in 3D and those eager to experiment vast scope for their creative ideas.

The free app from FARO is available for downloading from http://europe.faro.com/scenect/

FARO is the world’s most trusted source for 3D measurement technology. The Company develops and markets computer-aided measurement and imaging devices and software. Technology from FARO permits high-precision 3D measurement, imaging and comparison of parts and complex structures within production and quality assurance processes. The devices are used for inspecting components and assemblies, production planning, documenting large volume spaces or structures in 3D, surveying and construction, as well as for investigation and reconstruction of accident sites or crime scenes.