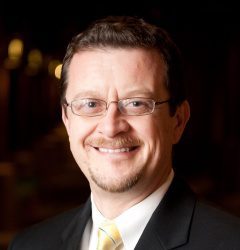 I often ask audiences if they’ve read the American Institute of Steel Construction (AISC) Code of Standard Practice. As I do so, I picture the oil-filter commercial Fram used to run, with one mechanic who changes oil and another who rebuilds engines. “You should pay me now,” said the first mechanic. “Or you can pay me later,” said the second.

All too often, the answer to my question is “only when we have a problem.” That second mechanic just morphed into an attorney!

There’s no time like the present to “change the oil.” Read the new 2016 edition of the Code—it’s a free download on the AISC website (www.aisc.org). When reading it, note the following:

• It’s a consensus document—ANSI/AISC 303-16 is a consensus document written in a neutral manner and accredited by the American National Standards Institute (ANSI). The committee that developed it is balanced and includes structural engineers, architects, a building official, a general contractor, fabricators, detailers, erectors, inspectors and an attorney.

• It’s the usual agreement for buying and selling structural steel—The Code defines the statement of custom and usage for fabricated structural steel. This is important to all: you don’t have to reinvent the wheel every time you have a new project. You should read it from front to back. Even better, do that and then talk through it with your friendly fabricator. The better you understand the Code, the better off you both will be.

• It’s an IBC reference document—Portions of the Code have been incorporated by reference into the International Building Code (IBC), which references ANSI/AISC 360 (the AISC Specification) and ANSI/AISC 341 (the AISC Seismic Provisions), and these documents both reference parts of the Code. A complete list of these parts is provided at www.aisc.org/303IBC.

– The Code now addresses contracts that utilize drawings, models, or drawings and models in combination.

– Section 1.10 has increased emphasis that the absence of a tolerance in this Code does not mean that tolerance is zero.

– Section 1.11 addresses marking requirements for protected zones in frames designed to meet the requirements of ANSI/AISC 341.

– In Section 3.1, two items are added to the list of required information: preset requirements for free ends of cantilevered members and the drawing information required in ANSI/AISC 341.

– Section 3.1 better addresses what’s required for bidding when the owner’s designated representative for design delegates the determination and design of member reinforcement at connections to the licensed engineer in responsible charge of the connection design.

– Section 3.2 addresses revisions, if necessary, when referenced contract documents are not available at the time of design, bidding, detailing or fabrication.

– Section 3.3 has added emphasis that the fabricator need not discover design discrepancies.

– Sections 3.7 and 4.2.2 address intellectual property rights of the owner’s designated representative for design and the fabricator, respectively.

– Commentary to Section 4.5 addresses potential pitfalls when fabrication and erection documents are not furnished by the fabricator.

– In Section 6.1.1, the listed shop-standard material grades have changed for HP-shapes and HSS.

– In Section 6.4.2, the tolerance for curved members has been improved.

– In Section 7.5.1, tolerances for anchor-rod placement have been revised for consistency with the hole sizes provided in the AISC Steel Construction Manual and the tolerances given in
ACI 117.

– In Section 7.8.3, the number of extra bolts required to be supplied has been increased to account for bolt loss and pre-installation verification testing requirements; also, backing has been clarified as steel backing.

– In Section 7.13, the term “building line” has been changed to “building exterior.”

– Section 10 has been significantly revised with multiple categories for AESS and different treatments required for each.

A few other changes are highlighted in the “Preface of the Code.”

The Code is significant and important to buying and selling fabricated structural steel. Its provisions are balanced, fair and consensus-based, and they provide for the vast majority of work in standard form. Reading it and knowing it before having a problem will help avoid the problems in the first place.

Charles J. Carter, S.E., P.E., Ph.D., is AISC’s next president. He served as secretary of the AISC Committee on the Code of Standard Practice during the development of several editions of the AISC Code, including the 2016 version just released; e-mail: carter@aisc.org.