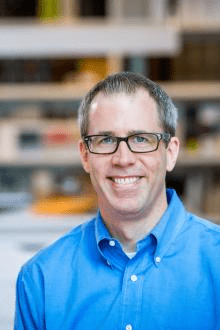 We are pleased to announce that Mark Meaders, LEED AP BD+C, GGP, sustainable leader in HDR’s architecture studio in Dallas, has been elected for a one-year term to the U.S. Green Building Council (USGBC) Resilience Working Group.

The group, which operates under the direction of the LEED Steering Committee, is charged with improving the practical implementation of the LEED resilience pilot credit suite.

“Our goal is to work on the value-added implementation of resiliency on all projects and expand their use to other LEED rating systems,” Mark explains. “We want these credits to be used on all projects because there is nowhere in the world that doesn’t have exposure to stresses caused by natural disasters, social unrest and climate risks. These risks need to be known and understood so they can be mitigated to help prevent business disruptions and loss of life.”

The Resilience Working Group’s members have expertise in areas including earth sciences, emergency response, federal programs such as FEMA and NOAA, and natural disaster mitigation. The latter is where Mark’s experience lies due to his interest in Hurricane Katrina in 2005. Deeply affected by the tragedy because of his family’s ties to the area, he joined a disaster response team at his church so he could help people repair their homes. Then in 2015 while pursing his master’s degree in sustainability and development at Southern Methodist University, he joined a team that developed the LEED Resiliency Pilot Credits.

Now at HDR for eight years, Mark has developed a resiliency analysis template, which allows for a quick resiliency and risk assessment to be done on any project site.

“Through Mark’s role with the Resilience Working Group, HDR will  collaborate with other resiliency experts from all industries to enhance existing standards, toolkits and methodologies for approaching resiliency design for client projects that have unique stressors and hazards,” says Colin Rohlfing, LEED AP BD+C, HDR’s director of sustainable development.