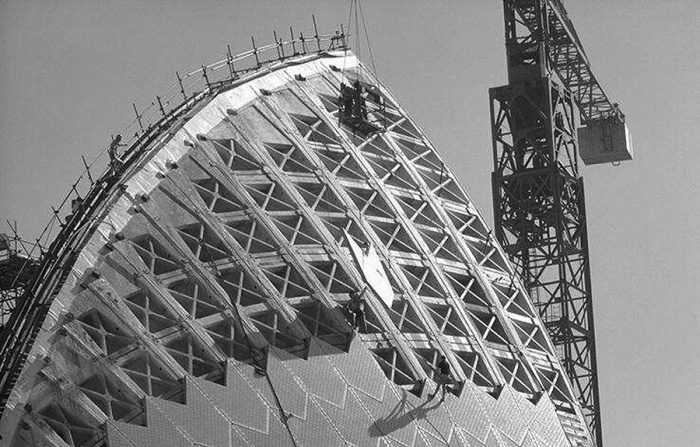 The Sydney Opera House has completed a Concrete Conservation Strategy, an initiative designed to conserve the UNESCO World Heritage site for future generations.

Arup and the University of Sydney collaborated with the Sydney Opera House to deliver a holistic conservation study, drawing on historical knowledge and potential future technology.

The study has been funded in part by the Getty Foundation’s Keeping It Modern project, which aims to preserve international examples of modern architecture. The Sydney Opera House, described by the foundation as a transcendent cultural symbol, was one of the first ten recipients.

Arup has been involved from the early stages of the project. The firm’s organisational understanding of the Opera House has been used to help inform the overarching strategy, and Arup has also provided technical input to inspections. Significantly, Arup’s archival materials, from original Opera House structural drawings to interviews with generations of engineering staff, helped to form the project’s Repository of Knowledge.

“We have been working on the Sydney Opera House for almost 60 years, on over 300 individual projects. In our work, we draw on this historical understanding regularly. Our accumulated knowledge is an invaluable resource not only for the Concrete Conservation Strategy, but for the future operation and protection of our nation’s most significant cultural asset.”

The study will allow for better knowledge management, as well as more efficient building examination and conservation activities in the future. The Opera House is a uniquely complex structure, and the team involved hope this conservation strategy can serve as a framework for other concrete buildings around the world.

A new tool to manage testing of concrete beneath the iconic sails has already been developed – a modified ‘tap tester’. The hammer includes a microphone and thermal and force sensors to help provide accurate data about the condition of unseen concrete. This job, currently undertaken by technicians abseiling from the sails, has been earmarked to be performed by robots in as soon as five years’ time.