AECOM Appoints John Priestland to Reinforce its Drive for Growth 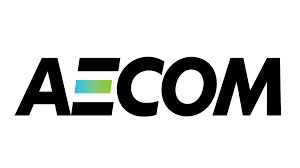 AECOM, the global infrastructure services company, has hired John Priestland as Chief Executive, Major Bids and Corporate Development, Europe, Middle East, India and Africa (EMIA). Reporting to EMIA Chief Executive Steve Morriss, John will serve as a member of the EMIA Executive team and will focus on growing AECOM’s business across all markets in the region. He joined the company this week and will be based in London.

Steve Morriss, Chief Executive, Europe, Middle East, India and Africa, said: “We are ambitious to attract the best in the industry so that we can continue our exciting growth journey and keep improving our integrated offer to our clients. John has an exemplary and proven record of winning major bids and successful acquisitions and is a great addition to our team.”

John’s career spans strategy and major pursuits, as well as mergers and acquisitions, in the built environment sector. He was previously Global Strategy and Major Pursuits Director at WSP | Parsons Brinckerhoff. Between 2009 and 2015 he served on the Executive Main Board at Hyder Consulting, which was acquired by Arcadis in 2014. He has also held senior roles at Atkins and Amey.

Commenting on his appointment, John added: “AECOM’s reputation and global reach is unrivalled in the industry. At a time of increasing change – for example in the use of technology and integration across the whole design, build, finance and operate (DBFO) cycle – AECOM is ideally placed to be the industry leader.”

John started his career in the civil service, where he worked for a number of departments, including the Cabinet Office. He holds an MBA from London Business School and a First Class degree in physics from Oxford University. John is a fellow of both the Institution of Civil Engineers and the Institute of Physics.