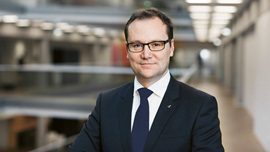 “Ramboll has delivered a significantly better first half year result in 2016 than in the same period last year. I’m pleased that over the last 12 months, we have managed to deliver the highest operating profit (EBITA) in the company’s history despite challenging market conditions. The continued difficult oil & gas market and the yet unknown consequences of Brexit give rise to uncertainties and challenges in the future that we are determined to overcome. However, with a strong client focus we expect continued growth in the second half of 2016 and a healthy result for the full year”, says Jens-Peter Saul, CEO of the Ramboll Group.

The satisfying half year result can in particular be attributed to solid performances in the Nordic business units and in the global Energy business unit – clear evidence that Ramboll has created a strong foothold in the global market for green energy.

In the first half of 2016, Ramboll secured several high profile projects globally especially within the green energy sector.

Project wins include the design of one of China’s largest offshore wind farms consisting of 100 turbines with a capacity of 400 megawatts, which amounts to the total energy consumption of 350,000 households.

In UK, Ramboll has been appointed to provide engineering consultancy to the conversion of Lynemouth Power Station from coal to biomass, which will reduce CO2 emissions from the plant by 90 percent.

In the US, Ramboll will support New York with their important efforts on climate adaptation by assisting the city adapt to and manage storm water in a changing climate.

In Denmark, project wins include consultancy for hundreds of million DKK related to the construction of laboratories and production facilities for the pharmaceutical industry.

In addition, the much anticipated Tate Modern extension in London opened in June 2016. Ramboll was appointed by the Trustees of Tate and has over a number of years played an intrinsic role in helping to realise the vision for the extension of the museum, which is one of the most visited modern art galleries in the world.