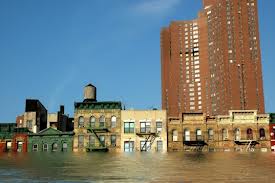 Launched by NYC Digital and the Mayor’s Office of Policy and Strategic Planning in response to needs that arose from Hurricane Sandy’s devastating impact on New York City and informed by feedback from the city’s vibrant technology community, Code Corps will allow the City to work with technology experts to quickly build and deploy crucial technology resources in the event of an emergency.

Code Corps projects will include the development of new databases, web and mobile applications, emergency-related information maps using City data, analysis of impacted populations and data sharing with other governments or utilities. DART will maintain a “wishlist” of priority City projects for developing a working rapport with the volunteers during times when there is no emergency. In addition, Code Corps will strengthen public-private partnerships between the government and technology sector, ensuring best-in-class approaches to civic challenges with minimal resource and budget impact.

Code Corps volunteers donate their expertise to help serve the public through powerful digital tools. Prior to joining, volunteers from participating organizations are vetted and organized based on skill-set and experience. By vetting participants in advance of disaster situations, Code Corps will help to ensure more productive, efficient partnerships.

Comments are disabled
NEXT ARTICLE
Geospatial IT Key to Pipeline Integrity and Efficiency
March 18, 2013
PREVIOUS ARTICLE
The 10 Most Segregated U.S. Cities Visualized with GIS
March 18, 2013