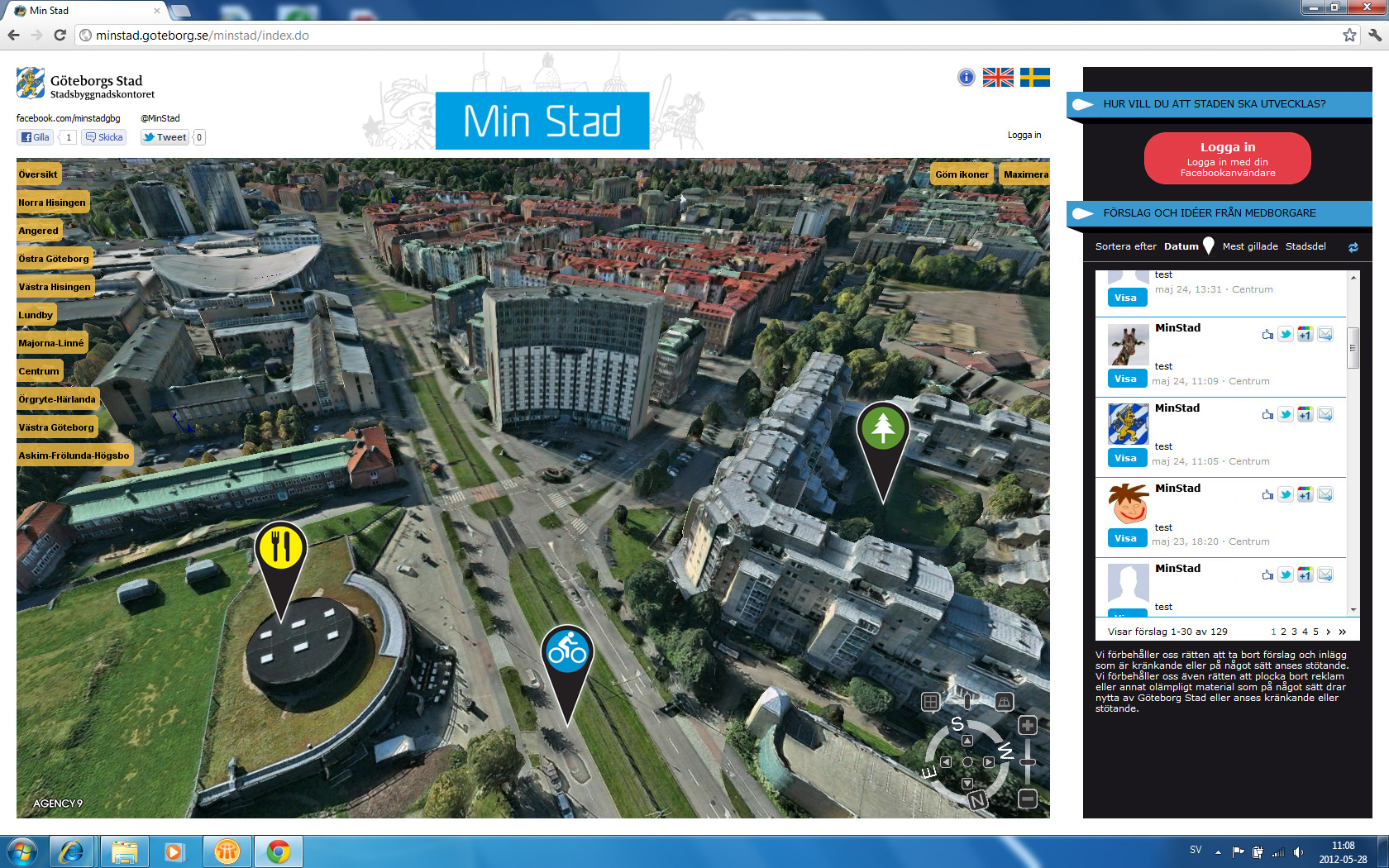 The City of Gothenburg and the City Planning Office is developing a new arena for the citizens of Gothenburg for communication and debate concerning city development; Min Stad (My City). The web portal contains a photorealistic 3D city model where users can interactively explore the city and post comments, and even publish 3D building models. Facebook accounts are used for user authentication before posting comments. Integration of social media also enhances the spreading of a single post throughout the community.

The virtual city enablescitizens to communicate ideas and thoughts on the development of the future Gothenburg, and create a debate arena where everyone can meet on equal terms. The virtual city can also be used as an internal model and an internal tool where urban planners and architects, traffic planners, environmental investigators, etc. can simulate and communicate various alternatives in the city planning process.

The user choose from different categories, such as living, work, walk, sport, shopping, cycling, etc, and then creates a 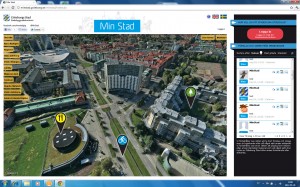 The City of Gothenburg and the City Planning Office is developing a new arena for the citizens of Gothenburg for communication and debate concerning city development; Min Stad (My City).

comment represented by a position, surface or volume in the 3D-map. In next release, planned to September 2012, it will also be possible to post and publish 3D-models in Collada- or KML-format.

The overall aims of the virtual city is to:

As a first step, Min Stad will be available in September 2012, and will be continuously evaluated. Depending on the outcome, the arena will continue to exist and the ambition is to further develop the portal with more and better functionality. Min Stad will be used as inspiration for the City of Gothenburg in the mission to build a sustainable and secure city.

Comments are disabled
NEXT ARTICLE
Local Planning Across Metropolitan Chicago Gets a Boost from Ideas Exchange
May 29, 2012
PREVIOUS ARTICLE
Mapping Housing Need: Taking the Guess Work Out of Development
May 28, 2012