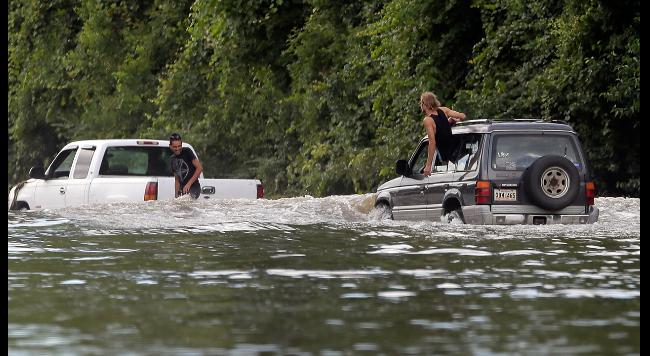 Flooding in Louisiana has impacted at least 40,000 homes, Louisiana Gov. John Bel Edwards said during a Tuesday afternoon news conference, while 30,000 people and 1,000 pets have been rescued. 40,000 people have registered with FEMA for disaster assistance.

The governor expects close to 30 parishes to be declared disasters, CNN reports, nearly half of the state’s 64 parishes. 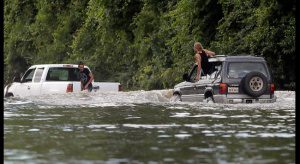 “We’re going to have standing water all over south Louisiana,” Edwards told CNN.

Ascension Parish was one of those hit especially hard. Nearly a third of all the homes in the parish have after floodwater overtopped a levee along the Amite River, the Baton Rouge Advocate says. Though skies cleared Tuesday morning, the region is still dealing with the massive amount of water left behind, which is responsible for at least nine deaths and is pushing flood control systems to their limits.

“The next 24 to 48 hours is going to be a significant indication of just how much risk the parish remains in,” Rick Webre, director of the parish Office of Homeland Security, said in an emergency statement.

Though water is flowing over the Laurel Ridge Levee, as of Sunday the levee structure had not had any breaks, breaches or structural damage, the parish Office of Homeland Security said in a Facebook post. Still, parish officials estimate that as many as 15,000 homes and businesses have already been flooded, mostly in Galvez and St. Amant, the Advocate reports.